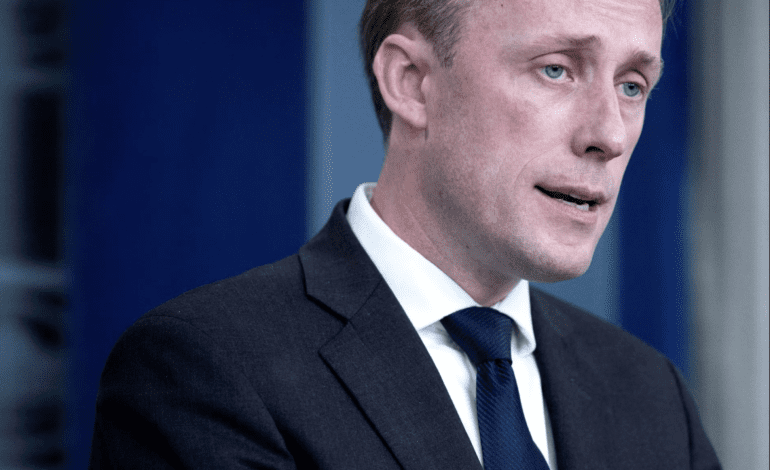 Israeli Prime Minister Benjamin Netanyahu, hosting his first senior member of President Biden’s administration on Thursday, said they had discussed prospects for a diplomatic breakthrough between Israel and Saudi Arabia.

Visiting White House National Security Adviser Jake Sullivan also heard from the Palestinians that their hopes of achieving statehood — long a Riyadh condition for normalizing relations with Israel — were being endangered by Israeli actions.

Netanyahu, who regained the top office last month for a sixth term, has pledged to forge Saudi ties that would round out normalization pacts he signed with the United Arab Emirates and Bahrain in 2020 dubbed the “Abraham Accords.”

A statement from Netanyahu’s office said he and Sullivan discussed Iran as well as “the next steps to deepen the Abraham Accords and expand the circle of peace, with an emphasis on a breakthrough with Saudi Arabia.”

Their discussions were followed by a virtual meeting among Sullivan and his Israeli, Emirati and Bahraini counterparts. They discussed cooperation in areas such as emerging technology, regional security and commerce, according to a joint statement and a separate statement by the White House.

Israel and the majority of the Arab Gulf countries share fears over Iran, but Netanyahu’s return at the head of a religious-nationalist coalition government has stoked concern of an escalation in the decades-old conflict with the Palestinians.

The Israeli-occupied West Bank, among areas where Palestinians seek statehood, has seen a surge in violence since Israel stepped up raids last year in response to a spate of lethal street attacks in its cities.

“The dangerous situation due to the Israeli escalation… threatens security and stability and destroys the two-state solution,” Hussein Al-Sheikh of the umbrella Palestine Liberation Organization quoted Abbas as saying on Twitter.

Sullivan was to stress the U.S. commitment to a two-state solution in the Israel-Palestinian dispute during his visit, White House national security spokesman John Kirby said.

U.S.-brokered peace talks aimed at establishing a Palestinian state collapsed in 2014. Among stumbling blocks is Gaza, another Palestinian territory, which is under the control of Hamas Islamists who spurn permanent coexistence with Israel.