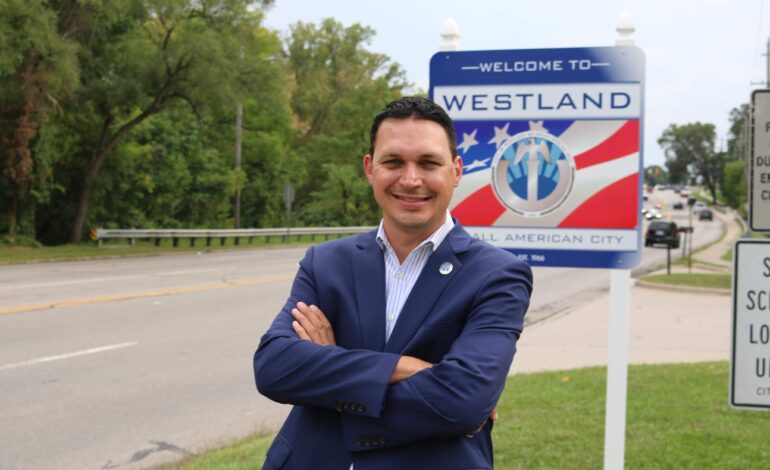 Wild left his position on January 17 in pursuit of another job in the private sector. He is the city’s longest serving mayor, having started the job in 2007.

“As a lifelong Westland resident, I am filled with gratitude to be appointed as its mayor,” Londeau said at the Council meeting. “I never thought that my life’s journey would lead me here… I just want all you guys to know that it’s an honor and privilege that I will not take lightly.”

Londeau, 44, was elected to the City Council in 2017 and most recently assumed the role of president pro-tem prior to this new position. Two others were also nominated for the vacated mayoral seat, Councilman James Godbout and former police chief Emery Price. Londeau was selected by a five to two vote with Godbout and Councilman Peter Herzberg voting in dissent.

Among Londeau’s community service work are his role as chairman of the Westland Downtown Development Authority and his membership in several organizations, including the Westland Master Plan Steering Committee and the Parks and Recreation Advisory Council. He has also served as a board member of the Westland Youth Assistance Advisory Committee.

“It is a truly an honor to be the mayor of the city I have spent my whole life in,” Londeau said in a press release. “I want to thank the Westland City Council for this opportunity. I look forward to demonstrating my work ethic and results driven agenda to our 85,000 residents.”

Londeau will serve the remainder of this year in the interim role. In November, residents will choose someone to serve through 2025. State Rep. Kevin Coleman (D-Westland) has already announced his intentions to run for mayor in the fall.