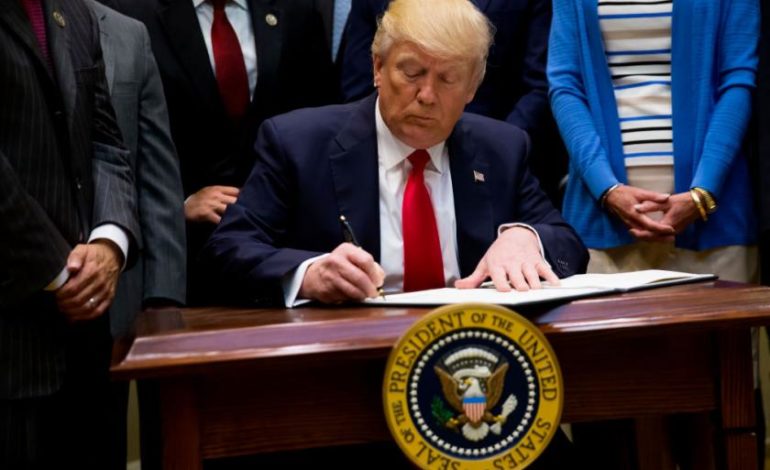 The order fulfills an oft-repeated campaign promise by Trump, who appealed to far-right religious conservatives on the 2016 campaign trail.

Trump would need Congressional action to revoke the underlying law he has opposed, known as the Johnson Amendment.

“No one should be censoring sermons or targeting pastors,” Donald Trump said at a White House signing ceremony amidst religious leaders.

Rolling back the Johnson Amendment that does not favor any particular religious views over others, giving the president broad authority to decide not to enforce certain laws.