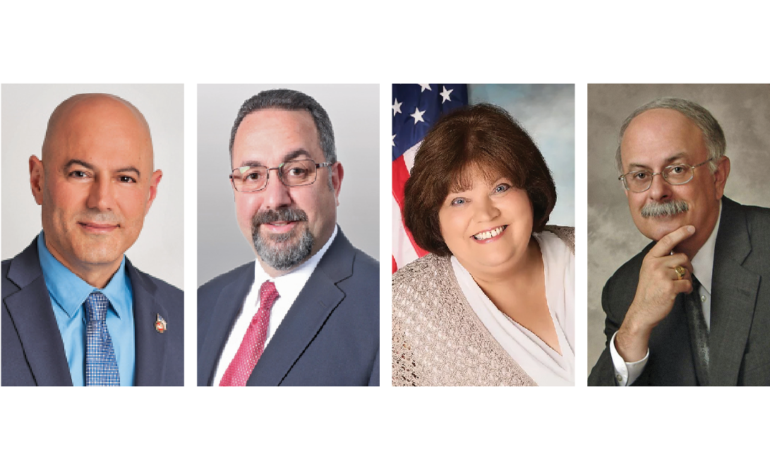 DEARBORN HEIGHTS — The main races in the November 7 election are between incumbent Mayor Dan Paletko and challenger Lisa Hicks-Clayton, and also for the four open City Council seats.

Paletko has been mayor since 2004. He came in first in the Aug. 8 primary election, with about 1,000 votes more than Hicks-Clayton.

In the City Council race, eight candidates are on the ballot for the four open seats. In the order they placed by vote-count, they are Denise Maxwell, incumbent Bob Constan, Bill Bazzi, Tom Wencel, Mo Baydoun, Lisa Oshanski, Jeff Mallad and Thomas Berry.

Berry is not running, however. But because he made his announcement after the deadline to drop out, his name appeared on the primary ballot. And because he placed eighth in that election, his name will also appear on the general election ballot.

Mayor and challenger state their cases

Paletko, 66, said he’s received positive responses from residents and is very optimistic about the election.

In regards to diversity and inclusion, he said there will be changes to the police and fire departments.

“We want to make the police and fire departments look reasonably like the community,” Paletko said. “We don’t have quotas, but we will be having similar people that make up the population of the city also be represented in the ranks of police and fire. And in the city and general government.”

Paletko said Dearborn Heights has become a pleasant and diverse community, and that everyone brings a special talent in making the city unique and a special place to live for families and their children.

“They’re introduced to a mini-America,” he said about newcomers to the area. “We all have different cultures and faith and we’re making it work here. I’m so pleased with the contributions that the Arab Americans in this area have made. It shows on the development on Ford Road and Warren Ave, and in homes that we have in the community.”

Paletko said he’s received positive comments about how business development in Dearborn Heights operates so quickly compared to other communities.

“We take great pride in that,” he said.

Additionally, he said he was part of a press conference on Wednesday, Oct. 25 regarding planned work with the city of Taylor on the Van Born corridor.

Hicks-Clayton, 52, said that if she’s elected mayor, she plans to build up the city’s economic development through various initiatives.

She has planned to tap into various available resources and tools— such as through the Michigan Economic Development Corporation (MEDC)— to streamline processes in order to make progress in the city and attract new businesses.

Hicks-Clayton said Plymouth Township’s supervisor created a citizen advisory council, which is something she would like to bring to Dearborn Heights.

“This is bringing people together from different demographics,” she said. “We have so many great people in our community; we all need to come together to develop a vision.”

She said that it is pivotal for local government to “walk the talk.”

“We need to, whether it’s the police department or the fire department or City Hall, reflect the makeup of our community,” Hicks-Clayton said. “I don’t think we are hitting that mark at this point.”

She also said a gap needs to be filled in areas such as law enforcement. She emphasized that officers have a difficult and dangerous job where they work very hard, but if a person is pulled over who doesn’t speak English there should be someone who can translate or speak with them.

Hicks-Clayton said it’s important for voters to research their candidates, but that she has made herself available for questions and comments by listing her phone number.

Bazzi, 50, said he and his wife are continuing to work hard at campaigning. He has received positive feedback from the community.
“I would love to have everyone come out and support me,” he said. “From day one I have been telling people I’m not a politician. I’m here to serve the people. I’m running for the people. That’s what I’ve done for 21 years. I swore to protect the Constitution and serve the people.”

Bazzi said his extensive work with the government and in cooperative projects have given him invaluable experience he’ll bring to the City Council if elected.

He also said he’ll diligently work with the mayor, fellow Council members and residents to have effective meetings and to listen to concerns and aptly resolve any problems.

“I’m here for the people,” he said. “The people are the first on my agenda. I don’t need any recognition, ribbons or any medals.”

Mallad, 49, has spent more than 20 years in the healthcare industry, working in leadership roles and in working with large business operations.

He said it’s a critical time to vote since there could be at least three new people on the City Council, which would lead to immense change for the city.

Mallad has been canvassing neighborhoods, sending out fliers and connecting with absentee voters by sending mailers. He plans to continue his “boots on the ground” approach to campaigning up until election day.

“I’ve gotten a lot of positive feedback,” he said. “Everybody is supportive. The biggest challenge is getting the community out to vote.”

The voter turnout in August was low, but with the amount of new candidates this election, Mallad is hopeful for a higher voter turnout.