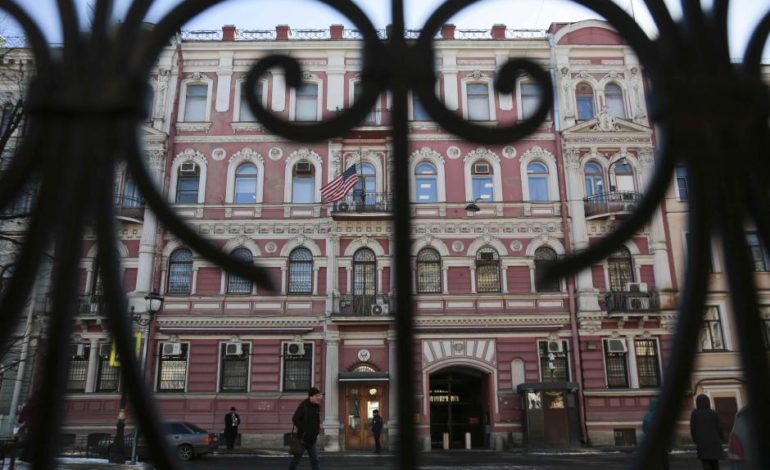 A view through a fence shows the building of the consulate-general of the U.S. in St. Petersburg, Russia, March 29 - Reuters

MOSCOW — Russia expelled 60 U.S. diplomats on Thursday and announced it would eject scores from other countries that have joined London and Washington in censuring Moscow over the poisoning of a spy.

The U.S. ambassador was also ordered to shut the consulate in St. Petersburg, in Russia’s retaliation for the biggest expulsion of diplomats since the Cold War.

“Russia’s response was not unanticipated and the United States will deal with it,” the White House said in a statement, without elaborating.

The expulsions precisely mirrored steps taken by Western governments against Russian diplomats and appeared to show Russia was not seeking to escalate the standoff over the nerve agent poisoning of Sergei Skripal and his daughter Yulia in Salisbury, England, on March 4.