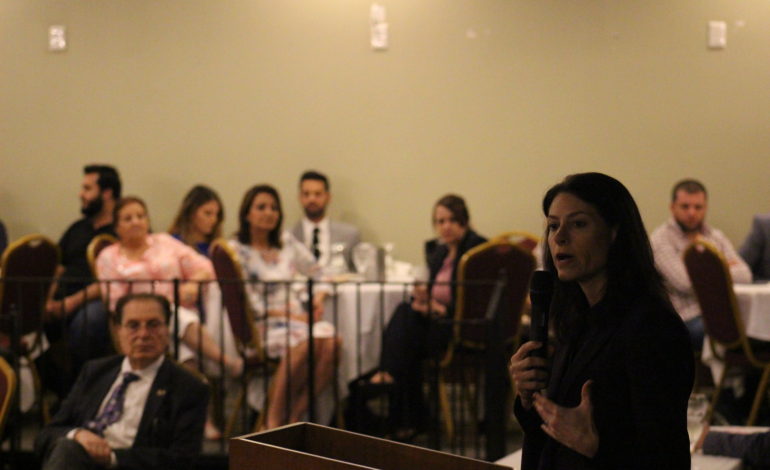 As Michigan Attorney General Bill Schuette takes a shot at becoming the state’s next governor with the blessings of President Trump, the Democratic candidate seeking to replace Schuette is pledging to fight the bigoted policies coming from the White House and to open a hate crimes division in the state’s office of attorney general, if elected.

“We will have a hate crimes division it the office of Michigan attorney general,” Nessel said. “So, we can make certain that each and every single act of Islamophobia is fought back using our government to do that. We will not tolerate it by anyone.”

In the wake of the Supreme Court deciding to uphold Trump’s executive order banning the travel of individuals from several Muslim-majority countries to the U.S., Nessel told an energized audience that the decision – which she said caused her to hold back tears – will go down as on the worst decision in history by the high court.

“Coming here with nothing and trying make something of yourself […] those are American traits,” she said. “When I look at what has gone on in relation to this government and the Arab American community, I am disgusted, I am sickened and I am horrified, but more than anything else I am determined to fight back and use the office of attorney general to make certain that we are not part of that process in the state of Michigan.”

Nessel stressed that she wouldn’t stand “next to” the community in the fight, but that she’ll stand “behind them” because she hopes to see Arab American lawyers arguing against discriminatory legislation in the county, circuit and even Supreme courts.

“She has guts, she has glory, she has ideas, she has compassion and she has passion” – Kym Worthy, Wayne County Prosecutor

“We will be filing lawsuits and this community will fight those cases,” she said, urging attendees not to become complacent in the face of injustice.

She likened Hitler’s ascension to power as Germany’s chancellor in 1933 to Trump’s election to the presidency in 2016 and drew parallels between Jews who unresistingly lined up to the gas chambers and communities who don’t fight against government-sponsored injustices and atrocities.

Wayne County Prosecutor Kym Worthy, who endorsed Nessel, touted the candidate’s intelligence and other qualities that make her worthy of leading law enforcement in the state.

“At a time when this community is under attack, we will be relying on people like you to stand next to us” – Fadwa Hammoud, Assistant Wayne County Prosecutor

“She has guts, she has glory, she has ideas, she has compassion and she has passion,” Worthy said. “She has everything we need, especially in these times.”

Worthy also decried the “disgusting” Supreme Court decision as making “no sense at all.”

Fadwa Hammoud, a Wayne County assistant prosecuting attorney and Dearborn Public Schools trustee, said Nessel’s relationship with Arab Americans is important because, “At a time when this community is under attack, we will be relying on people like you to stand next to us.”

In addition to being a “fierce, resilient, persistent” advocate for social justice who has promised to “sue Trump all day, every day”, Hammoud said Michigan needs officials like Nessel in office because women make up only 20 percent of election officials in the state.

“Dana Nessel is uniquely positioned to fight vigorously against the systematic and institutional discrimination that we face today,” she added.

Wayne County Sheriff Benny Napoleon told The Arab American News he endorsed Nessel because she is a committed and principled candidate who will speak truth to power.

“I am confident she will make good decisions,” he said. “She’s going to seek justice and temper it with mercy.”