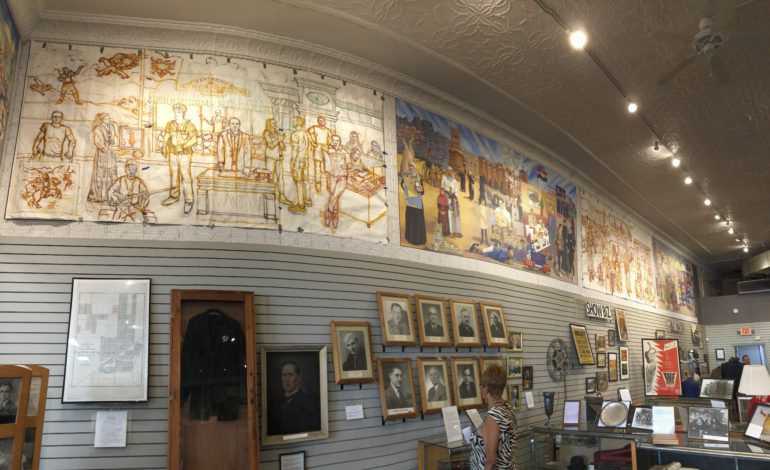 HAMTRAMCK — On Thursday, July 19, the Hamtramck Historical Museum held an official dedication of the “Coming to Hamtramck” mural installed inside the museum’s main gallery walls.

The 150-foot-long by 6-foot-high mural was made possible by a grant from the Michigan Humanities Council amounting to $15,000.

Since Hamtramck’s establishment in 1798, many different ethnic groups have immigrated there and the museum’s new mural represents Native American, French, German, Polish, African American, Albanian, Yemeni, Bosnian and Bangladeshi cultures, among others.

Cindy Cervenak,  a Hamtramck Historical Museum board member, said the panels are not just an example of the separate cultures on their own, but the different cultures as they exist within the city.

Cervenak said the museum plans to hold more receptions as the rest of the panels are finished, and another panel will be added to represent minority cultures that exist in Hamtramck, but aren’t great in number. 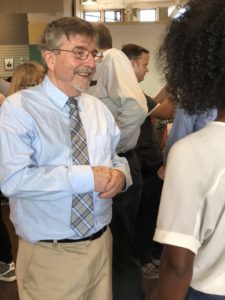 “These are real people,” Orlowski said. “I draw from life; none of that photo crap.”

Orlowski’s son, Sterling Orlowski, told The AANews he used to pose for his father to practice his still-life paintings.

He said one of the subjects in the panel representing Yemeni culture in Hamtramck is Abraham Aiyash, a Yemeni American candidate for State Senate. Orlowski said Aiyash is portrayed with his brother when he won a robotics award in high school.

John Ulaj, publisher of the Hamtramck newspaper The Review, said he was surprised when he was asked to be a part of the Albanian panel, but accepted. He also said what he loves about Hamtramck is diversity.

“It’s a model city for diversity,” he said. “I think a lot of communities should emulate that, they should embrace it. By learning from each others’ cultures you have power in the world as a whole. You can’t ignore one side of the world for another side and be thriving, because one is suffering.”

Orlowski told the AANews he tried to include almost every detail of his subjects’ clothing and personal items, down to graphics on t-shirts and brand names on purses to properly represent the current residents of Hamtramck.

“He even got the pattern in my skirt, I was so impressed,” said Hamtramck resident Joan Barrios, who wore the same outfit as in her portrait.

Barrios was included on the German culture panel of the mural.

“My father was German and my mother was Polish and I married a Mexican,” she said. “[The mural] sure adds to the flavor of the historical museum.”

Later, Orlowski gave a talk describing the way he created the murals, drawing what he calls a “cartoon” in small scale before redrawing it in a large scale on paper and then ultimately transferring it to the wall.

He said he researched countries to find meaningful representations of culture and gave the example of including depictions of the traditional Bangladeshi game kabaddi, a magpie, a jack fruit and many other symbols in that cultural panel. 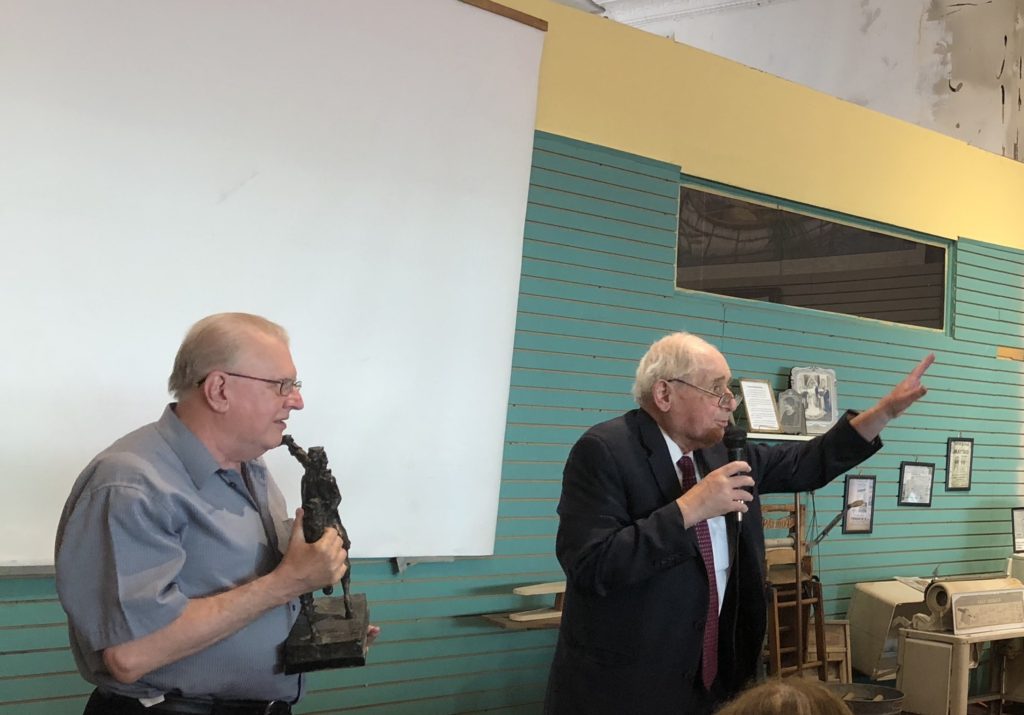 Former U.S. Senator Carl Levin also attended the event, taking the opportunity to present the museum with a miniature replica of the statue of General Thaddeus Kosciuszko located at Third Street and Michigan Avenue in downtown Detroit, which is cast from another statue in Krakow, Poland. Levin said the miniature was given to him as a thank-you gift for his work finding the location for the downtown Detroit statue. 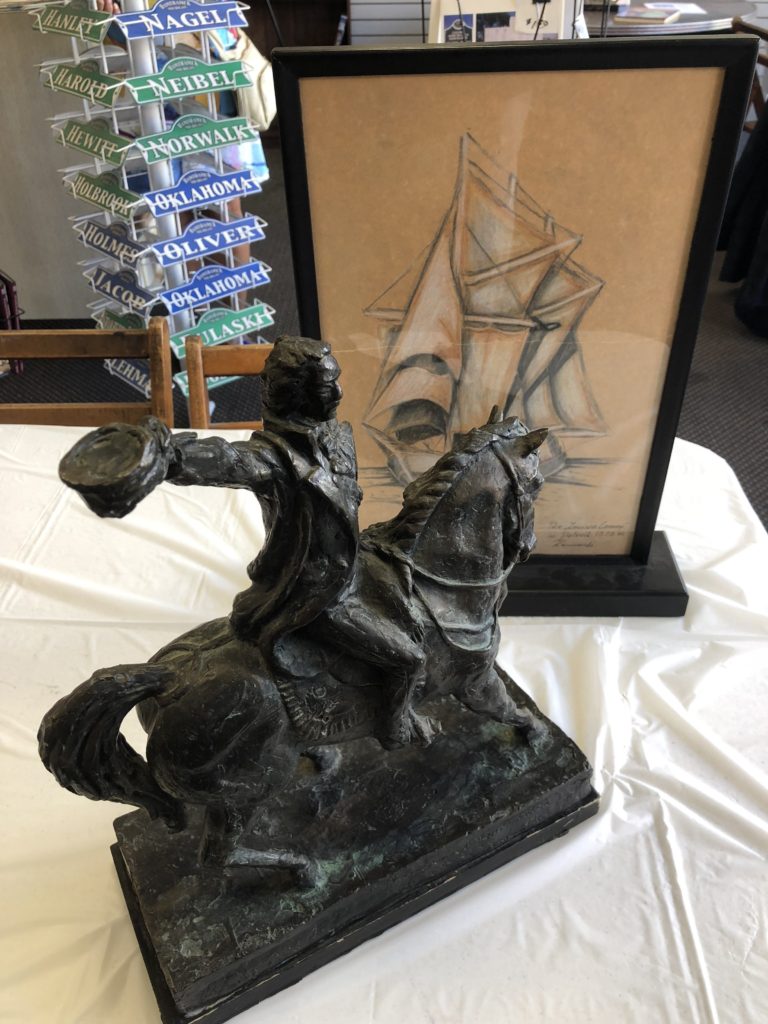 He also presented the museum with a framed letter he received from two polish sailors who wrote to thank the senator for his efforts in helping them attain political asylum during the Cold War in 1982. They crossed the Detroit river in a sailboat, a drawing of which they illustrated on the back of the letter.

“It’s a very touching, very personal, and very emotional letter,” Levin said. “Not just for me, but I think for all people who understand what these sailors represent.”

“It goes directly with our theme here, the immigration,” said Greg Kowalski, chairman of the Hamtramck Historical Commission. “These guys they sought asylum here and they got asylum here. It’s perfect. It’s a very interesting topic and it’s really on a lot of people’s minds these days, and we are kind of fierce about this.”