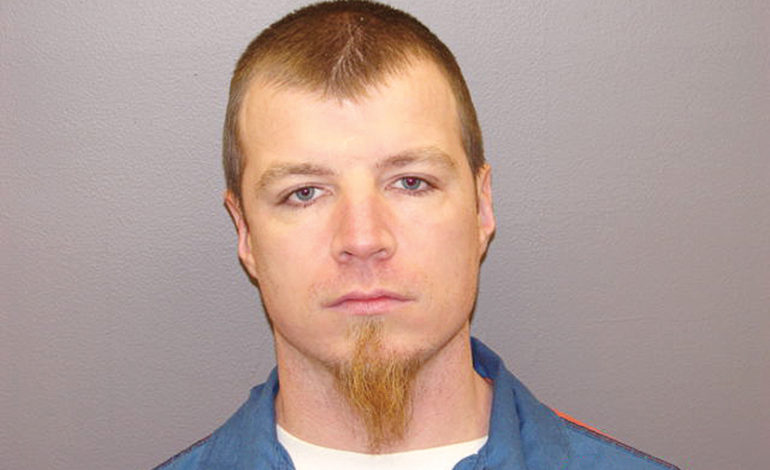 DEARBORN HEIGHTS – In one of the most diverse counties in the United States, bad neighbors and a dismissive law enforcement has resulted in the arrest of a racist man and a family wanting to leave town.

Sherman’s friend moved in to the 5600 block of Hubbell Street two months ago and it’s been a nightmare for the Hourani family ever since. Sherman resides in a different part of the city.

An incident during a recent visit by Sherman to his friend’s rented home on September 16 ultimately lead to his arrest, according to a police report. The Hourani family’s surveillance video showed him yelling racial comments, making sexual gestures, urinating on the house and destroyed landscaping, among other misconduct.

Sherman has been charged with ethnic intimidation and malicious destruction of property. He was arraigned on Tuesday, October 9 at the 20th District Court in Dearborn Heights.

He received a $50,000 cash/surety or 10 percent bond with the condition that he not go near the victims or the street where they reside.

Although it’s hard to charge and convict people of ethnic intimidation and hate crimes, as Worthy told The AANews in an April 2016 interview, the prosecutor sent a strong message that such behavior doesn’t belong in Wayne County.

“Wayne County is one of the most diverse counties in the United States and we should have zero tolerance for the actions of those who trample on the rights of its citizens,” Worthy said in a statement. “The alleged actions of this defendant were vulgar and repulsive. We certainly will not and should not accept this type of behavior that emanates from hate.”

Sherman was indicted by Judge Mark Plawecki, who said in the courtroom that it’s alleged Sherman defaced the Hourani’s property “because of national origin.”

This isn’t Sherman’s first run in with the law. He was convicted three felonies and an attempt to commit a felony.

In 2002, Sherman was convicted of criminal sexual misconduct, felonious assault and escaping while awaiting trial.

Because Sherman’s a habitual offender, Plawecki said he could face up to 15 years in prison.

Sherman, who was without a lawyer, readily agreed to wearing a GPS tether, but pled to the judge that “has a home to care of” and “can’t let it go to waste at this point.”

Meanwhile, Jamal Hourani, the property owner and victim who provided police with surveillance footage, told The AANews that his 7-year-old son is now afraid to play outside and that his family feels unsafe.

“This is a hate crime,” Hourani said. “We don’t know what to do because you don’t know who’s going to come and attack you. These people don’t care about the law.”

He explained that the tenant often invites friends and family members, some who have been repeatedly harassing the Hourani family ever since she moved in. Two previous neighbors have lived near the home, and twice the landlord has leased to rowdy tenants.

The tenant owns a lawn care business and sometimes drives her equipment on their lawn, Hourani added.

On September 16, Sherman and his friend urinated on the side of the Hourani home. They then laughed while his friend and his tenant stood by and shouted, “America!”

Last week, Hourani said another visitor mooned his backyard’s surveillance camera. Another time, while the Hourani’s were having a barbeque, visitors at his neighbor’s called them “camel jockeys” and initiated a verbal confrontation.

Hourani also criticized the Dearborn Heights Police, who were called on several occasions, for being dismissive of his calls for a resolution.

“The police kept sweeping it under the rug,” he said. “Each time a cop comes they say something different.”

Hourani said his family doesn’t want to leave their home, but has considered selling it.

All the while, the tenant has told Hourani, “I’m not leaving here, I’m a crazy redneck.”

Sherman’s probable cause hearing will take place on October 17 and his preliminary examination will be on October 24, both at 9 a.m.

Farah Harb contributed to this report.