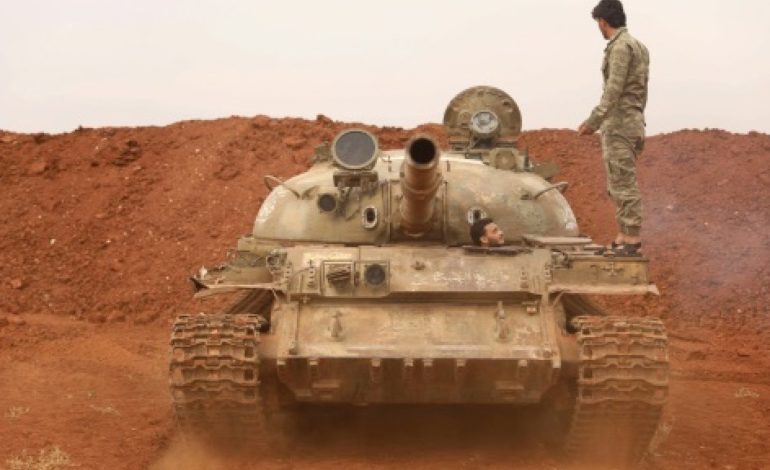 AMMAN – Russian and Syrian forces intensified air strikes and shelling in rebel-held northwestern Syria overnight, the heaviest assault since the area was declared a demilitarized zone under a Russian-Turkish deal, residents and medics said on Thursday.

The targeted villages and towns in northern Hama and southern Idlib fall within a buffer zone agreed last September between Russia and Turkey as part of a deal which averted a major offensive on the area.

Schools, health facilities and residential areas have been hit, United Nations regional humanitarian coordinator Panos Moumtzis told Reuters on Thursday. “The barrel bombing is the worst we have seen for at least 15 months.”

He added that 300,000 people live in the buffer zone where there are hostilities.

Earlier this week, the United States warned violence in the buffer zone “will result in the destabilization of the region”.

Since Tuesday, attacks have forced thousands of civilians to flee to camps further north along the Turkish border and damaged four medical facilities, according to Idlib civil defense officials and a U.S. medical aid agency working in the area. 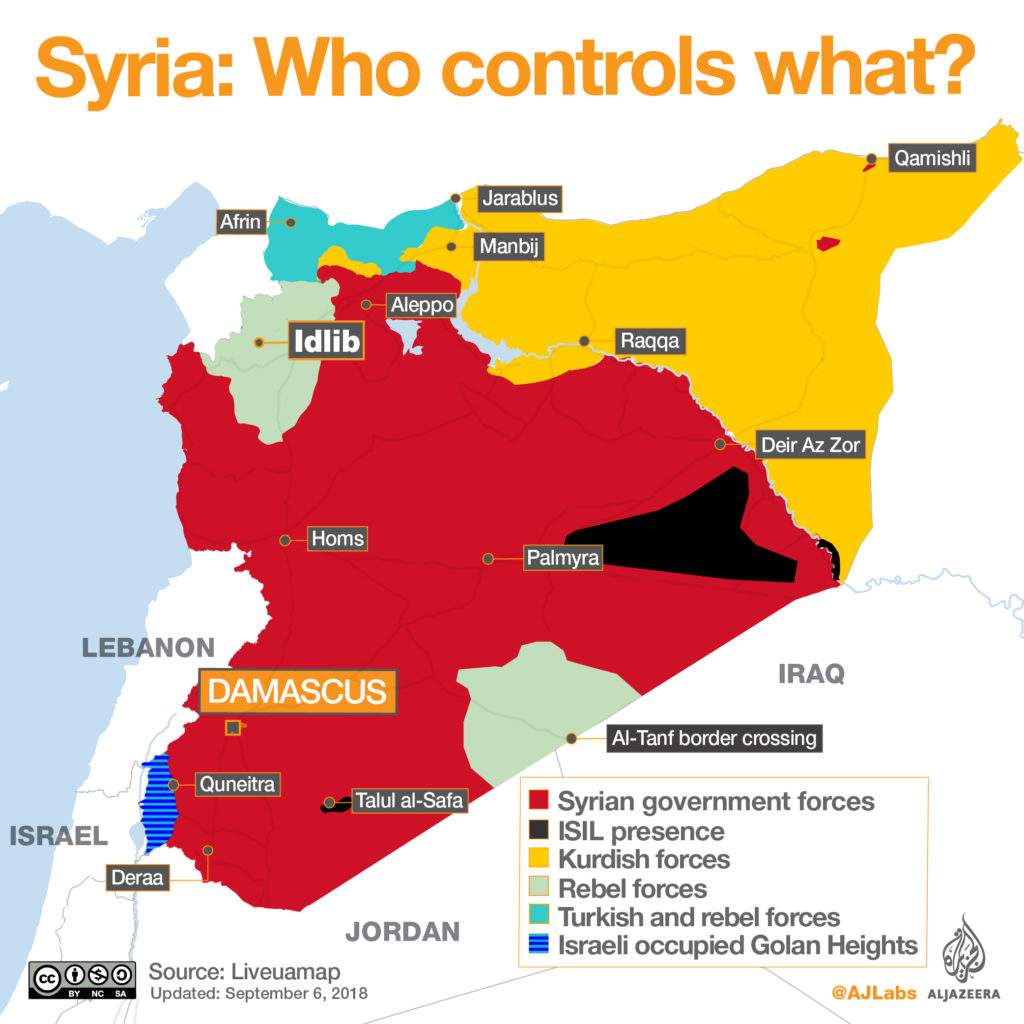 Syria: Who controls what as of September 2018

“Medical facilities are being evacuated, leaving the most vulnerable with no access to medical care. We are on the edge of a humanitarian catastrophe,” Khaula Sawah, vice president of the U.S.-based Union of Medical Care and Relief Organizations said in a statement on Wednesday.

Syrian army helicopters have dropped barrel bombs, which are drums or cylinders packed with explosives and shrapnel that cause indiscriminate destruction, killing at least 15 civilians and injured dozens, rescuers in Idlib province said.

Opposition-run civil defense agencies say hundreds of people, mostly civilians, have been killed by Russian and Syrian strikes since the September deal, which prevented a potentially devastating offensive on Idlib and nearby areas held by rebels and now home to over 3 million people. 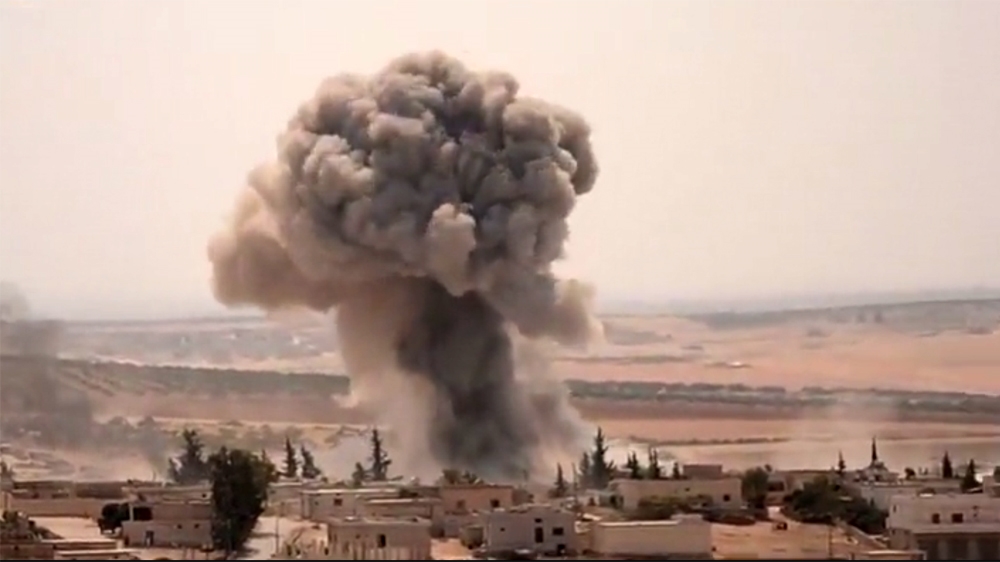 Syrian state media, quoting army sources, blamed rebels for the assaults and said it had targeted “terrorist groups” in towns in northern Hama including Kfr Nabouda.It also said al Qaeda-inspired groups have stepped up drone attacks on Russia’s main air base near the Syrian Mediterranean coast, but that these have been unsuccessful.

The military escalation is expected to be a focus of talks in Geneva on Friday between envoys from seven countries including U.S. Ambassador James Jeffrey and U.N. Special Envoy for Syria Geir Pedersen.

President Bashar al-Assad has regained control over most of the country, with the northeast held by Kurdish groups backed by the United States.

Idlib is held by an array of rebel groups. The most powerful is Tahrir al-Sham, an amalgam of Islamist groups dominated by the former Nusra Front – an al Qaeda affiliate until 2016.

Turkey, which has supported the rebels and has troops to monitor the truce, has been negotiating with Moscow to halt the strikes with little success.

In response to the escalation, rebels said they mounted several rocket attacks on army positions including the Breideej army base in northern Hama, injuring and killing at least four Russian soldiers in a mortar attack that hit their vehicle.

“We have stepped up our readiness and sent troop reinforcements to confront any attack (by) the regime and the Russians on any area,” said Naji al-Mustafa, spokesman for the National Liberation Front coalition of rebel groups.

“We cannot leave matters like this… We are preparing for any possibility…,” he added.