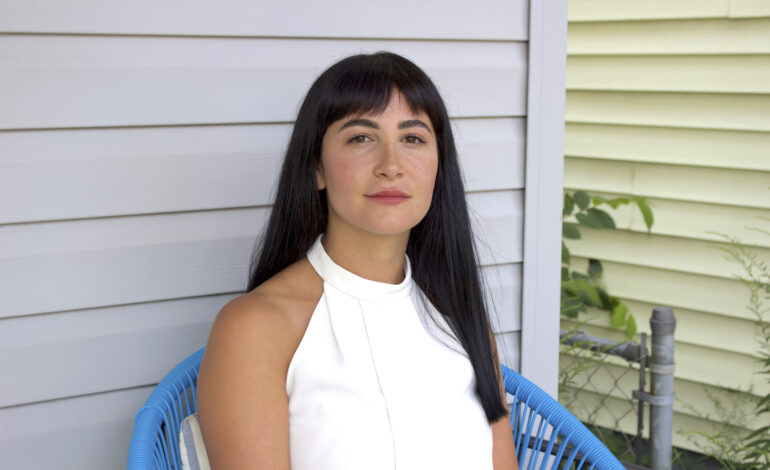 Lebanese, at home and around the world, commemorated one of the most tragic incidents in the county’s recent history on Wednesday, Aug 4.

A year since a powerful explosion at Beirut’s port ripped through its bustling downtown, causing widespread destruction, deaths and injuries, Lebanese are still left without concrete answers about who’s responsible.

Many Lebanese were already united in anger over deep economic inequalities and uncertain futures — and were wrestling with the country’s emerging COVID-19 epidemic — when ammonium nitrate stored haphazardly at the port years ago exploded after a fire broke out, causing one of the largest non-nuclear explosions in history.

On Wednesday, at the destroyed grain silo that has become a metaphor for the country’s economic devastation and added tragedies, several thousand Lebanese observed a moment of silence for those lost. 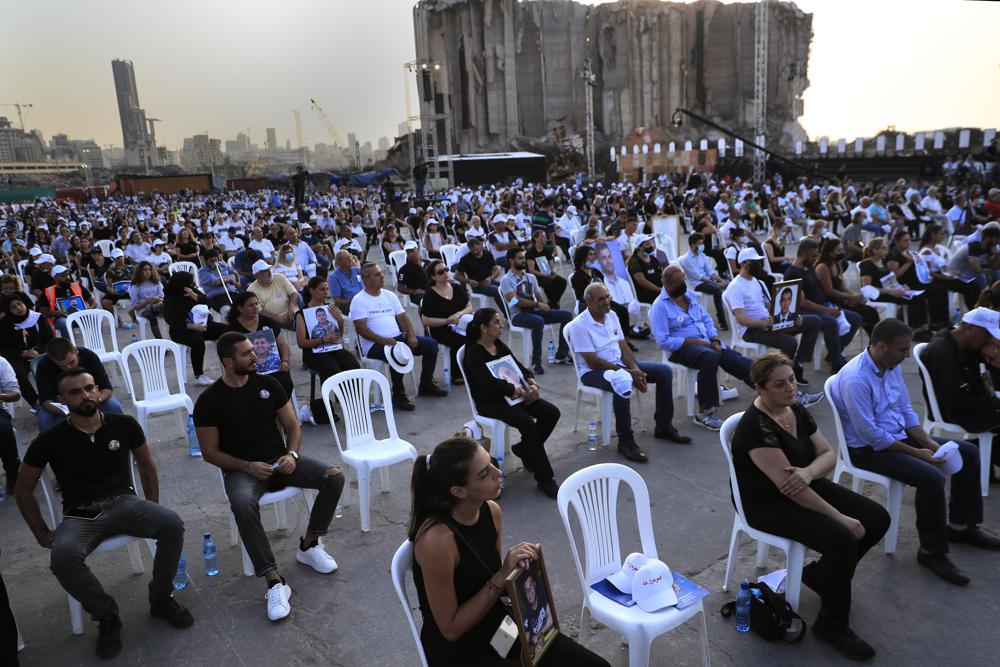 Relatives of victims who were killed in the massive blast last year at the Beirut port holds their portraits as they attend a Mass held to commemorate the first-year anniversary of the deadly blast, at the Beirut port, Lebanon, Wednesday, Aug. 4. Photo: Hussein Malla/AP

But the lack of accountability for the incident also fueled further protest, just blocks away from the site. Enraged over immunity claimed by senior politicians against an investigation into negligence, groups of protesters hurled stones and Molotov cocktails and fought with security forces near the Parliament.

AP reported protesters converging on the highway that snakes around the port, covering the streets with a sea of Lebanese flags and walking up and down the bridges over the motorway.

Families of the victims walked down the road parallel to the explosion site, carrying posters with photographs of their loved ones. The crowds lined up on both sides broke out in applause, in a show of support and respect.

A memorial was held with prayers inside the port. Names of each of the killed were read out. A huge metal gavel with the words “Act for Justice” was placed on a wall opposite the port. 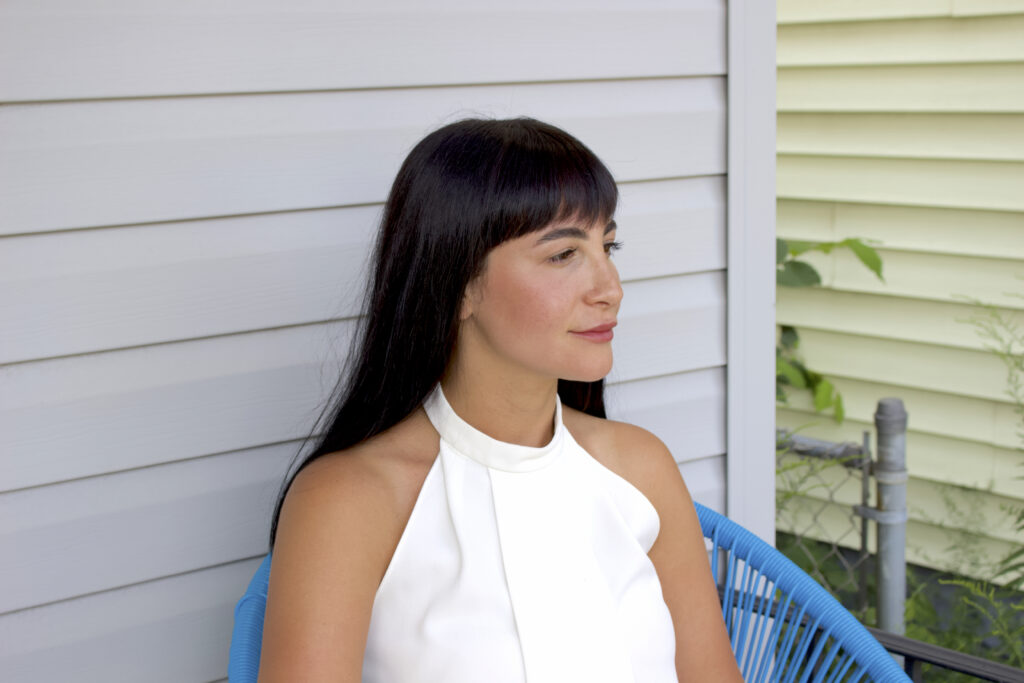 In Detroit, Yasmine Khalaf, who was living in Beirut at the time of the blast, can still recall the horrific day in vivid detail. She told The Arab American News of the need for justice and closure for Beirut’s residents still reeling from the explosion a year later.

“I lived in Mar Mikhael, right next to the port,” Khalaf said. “That day I went to the beach with my mom. At around 6, we were at the pool when the explosion happened. At first I didn’t realize how big it was. We could see the smoke, but we didn’t know if it had happened in our area, near our home.”

Khalaf said she rushed back home, trying to get information on what had occurred, frantically calling friends and family to find out their whereabouts. Entering the area near the port, a clear idea of the devastation set in.

“As we approached the heart of Beirut, we started seeing the shattered buildings,” Khalaf said. “Left and right, all we saw was rubble, people sitting in cars crying. We got to our street and I saw people covered in blood, holding other injured people. It was chaos.” 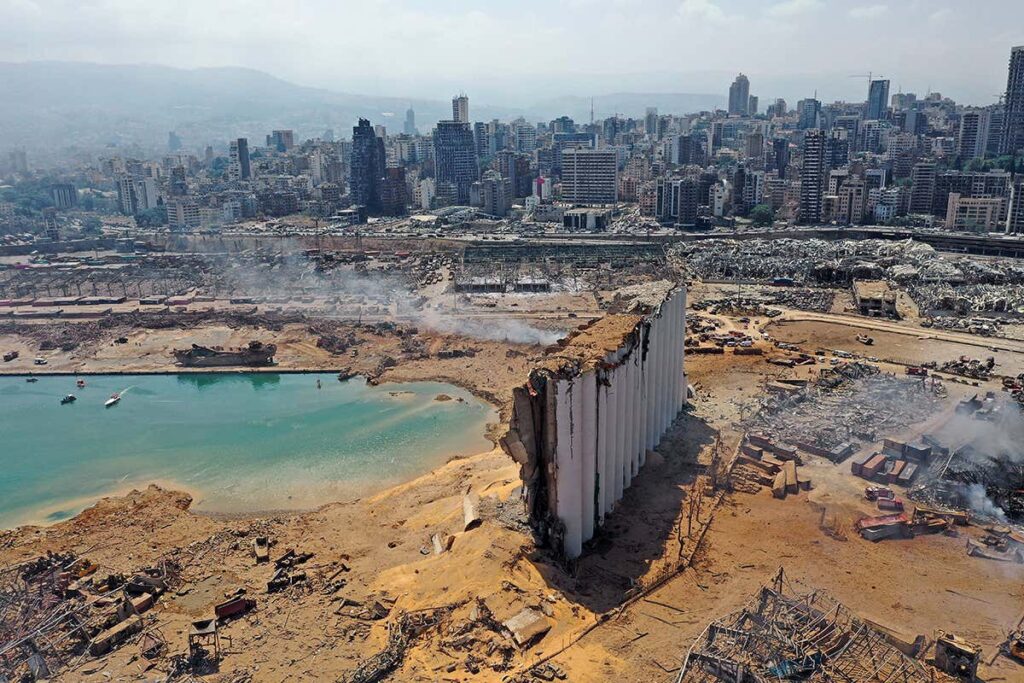 An Aug. 5, 2020 photo shows the aftermath of a powerful explosion at Beirut’s port. Photo: AFP

That area, it used to be so filled with life and colors, it was a disaster zone. — Yasmine Khalaf

Khalaf’s partner, Louai Sabbagh, eventually met up with her and her mother and tried to get into the area on foot, with traffic around Beirut at a standstill.

“That area, it used to be so filled with life and colors, it was a disaster zone,” Khalaf recalled. “Everything was grey, it was dark and grey, from the rubble and smoke. I didn’t want to be there. I didn’t want to see it that way.”

At her destroyed apartment, the couple was able to find their pet dog, Scruffy, who had miraculously survived, and had patiently waited behind a couch for her family, even though the explosion had taken out the building’s doors. 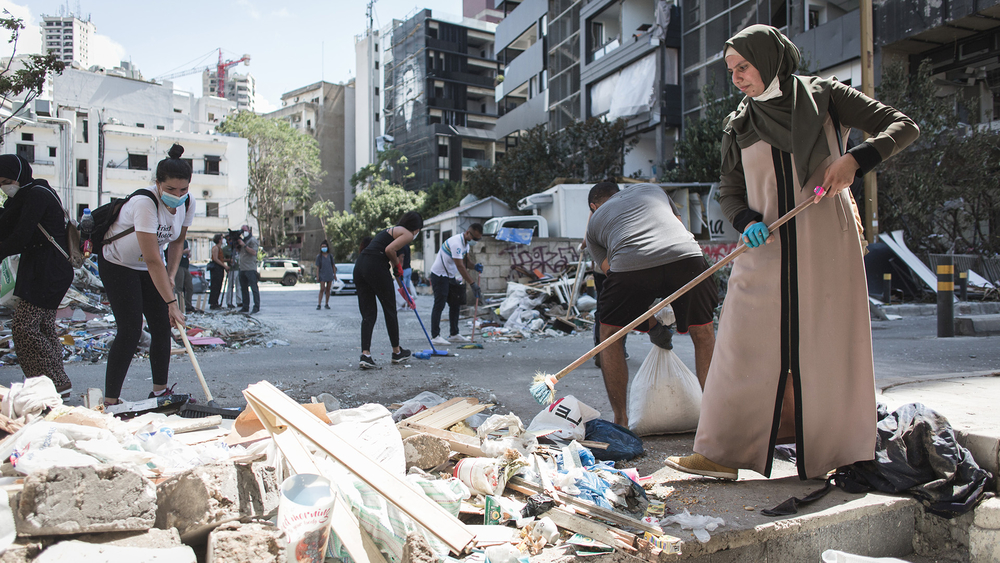 Volunteers clean up the damage in Beirut a few days after the port explosion. Photo: Reuters

Khalaf, like thousands of people from Beirut, was displaced out of her home from the explosion.

She would make occasional trips back to her destroyed apartment to pick up the pieces and help clean up. Khalaf was overwhelmed by how diligently the Lebanese showed up for each other to help in cleaning neighborhoods. But the neighborhood now felt different.

It wasn’t till the following days that people learned of the stockpile of dangerous ammonium nitrate at the port. But how that stockpile ignited is still largely unknown.

That recovery will happen when the people responsible are tried and justice is served, so we can turn a page and see our city in our different way.

A Human Right Watch (HRW) report published this week said an investigation concluded there was evidence that multiple Lebanese authorities were criminally negligent under Lebanese law and that officials knew about and tacitly accepted the lethal risks posed by ammonium nitrate.

“Year after year, nothing was done to eliminate the threat,” said Lama Fakih, crisis and conflict director at HRW, at a news conference on Tuesday.

Eventually Khalaf came to visit family in Metro Detroit and to get away from the chaos and figure out next steps.

Khalaf said Beirut’s physical recovery will take time and that she hopes to see her old neighborhood, a symbol of Beirut’s hustle and bustle, return to its previous glory. However, alleviating the psychological toll experienced by the Lebanese people requires some justice.

“That recovery will happen when the people responsible are tried and justice is served, so we can turn a page and see our city in our different way,” said Khalaf, who now lives in Detroit and misses Beirut. “I have faith that the people of Lebanon will keep pushing for that.”