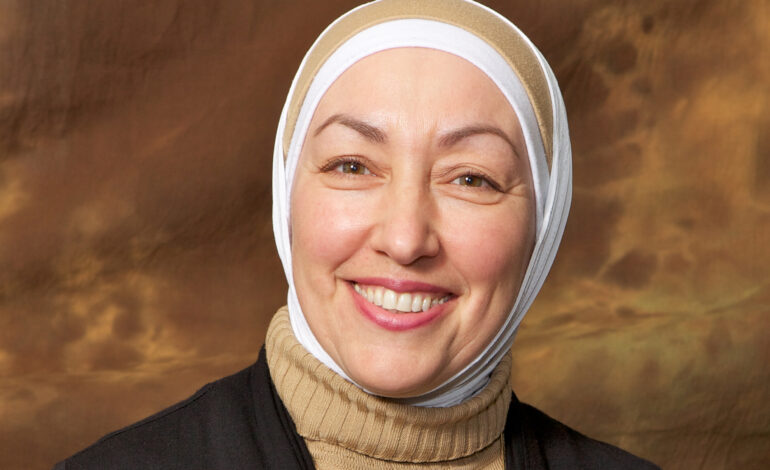 DEARBORN — Najah Bazzy, founder and CEO of Zaman International, a non-profit aimed at helping marginalized women and children break the cycle of poverty, has been named to the board of Angela Hospice.

Angela Hospice was founded under the sponsorship of the Felician Sisters in 1985 before growing into a hospice center in 1994 when the Angela Hospice Care Center opened as the first freestanding inpatient hospice facility in Michigan.

“It’s truly an honor,” Bazzy said. “Being named a board member is a very big deal to me personally, given my history with the organization and my admiration for its work.”

As a nurse for 40 years, Bazzy’s engagement with the Felician Sisters started when she was a student at Madonna University, where she earned her second nursing degree and became aware of their global transcultural nursing program. During that time, she attended the opening of Angela Hospice and through her career in end-of-life care, she has referred many to Angela Hospice, including her own father and sister.

“I love how compassion is at the center of everything this organization does, and it has to be, because we enter people’s lives at such an important time for them and their loved ones,” she said. “The commitment to quality of care has made Angela Hospice my go-to hospice for our communities, including my own family.”

During her tenure on the board, Bazzy hopes to contribute in a way that makes sense for Angela Hospice, uphold the values and commitment of the Felician Sisters and to continue to work with communities to help them see hospice in a more inviting and welcoming way.

Throughout her career, Bazzy has been well-known for her decades in critical care, transcultural nursing and her work through her own non-profit, Zaman International. She is also the CEO of Diversity Specialists; has received numerous accolades, including being named a 2019 Top Ten CNN Hero; one of Crain’s Detroit Business’s 100 Most Influential Women in 2021 and one of the top six Muslim female thought leaders by Global Women Magazine in 2022.

“To be able to now contribute strategically at the board level is really important and I couldn’t be more excited to get to work,” she said. “I’m also involved in interfaith work in the Detroit Interfaith Mosaic. For me, that’s what life’s about, the collective human family coming together across cultures and faiths to help our neighbors when they need us the most.”