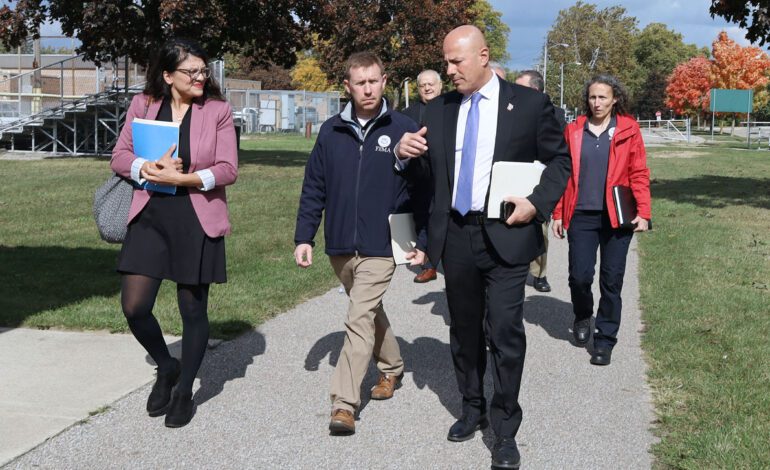 Dearborn Heights Mayor Bill Bazzi is joined by FEMA Region 5 Administrator Thomas Sivak and Congresswoman Rashida Tlaib as they proceed to Ecorse Creek to assess the condition of the creek, and discuss potential solutions to the flooding issue. Photo: City of Dearborn Heights

DEARBORN HEIGHTS — The city was recently visited by a number of officials to discuss proposed improvements to the flood-prone Ecorse Creek area and flood mitigation solutions.

“The first phase consists of the basic removal of debris from the creek that inhibits the flow of water,” Dib said. “Several creek clean-up initiatives have been undertaken in the past, with smaller trees and some man-made material such as tires, shopping carts and other debris removed by volunteers. These efforts alone, however, are not enough. Unfortunately, this fundamental step has become a never-ending process. Residents and businesses alike continue to use the creek as a dumping ground for their discarded items, which continue to add to the blockage of water flow — increasing the potential for flooding.”

Dib also said that fallen tree log-jams, branches and bank erosion along the creek is an immediate concern when it comes to mitigating flooding.

The second step in the plan involves utilizing equipment and crews to dredge/deepen the full length of the creek within the city limits, cleaning the sediment that currently blocks outfalls and storm drain pipes, removing fallen trees and restoring channel and bank capacity, all of which are more expensive and labor intensive. 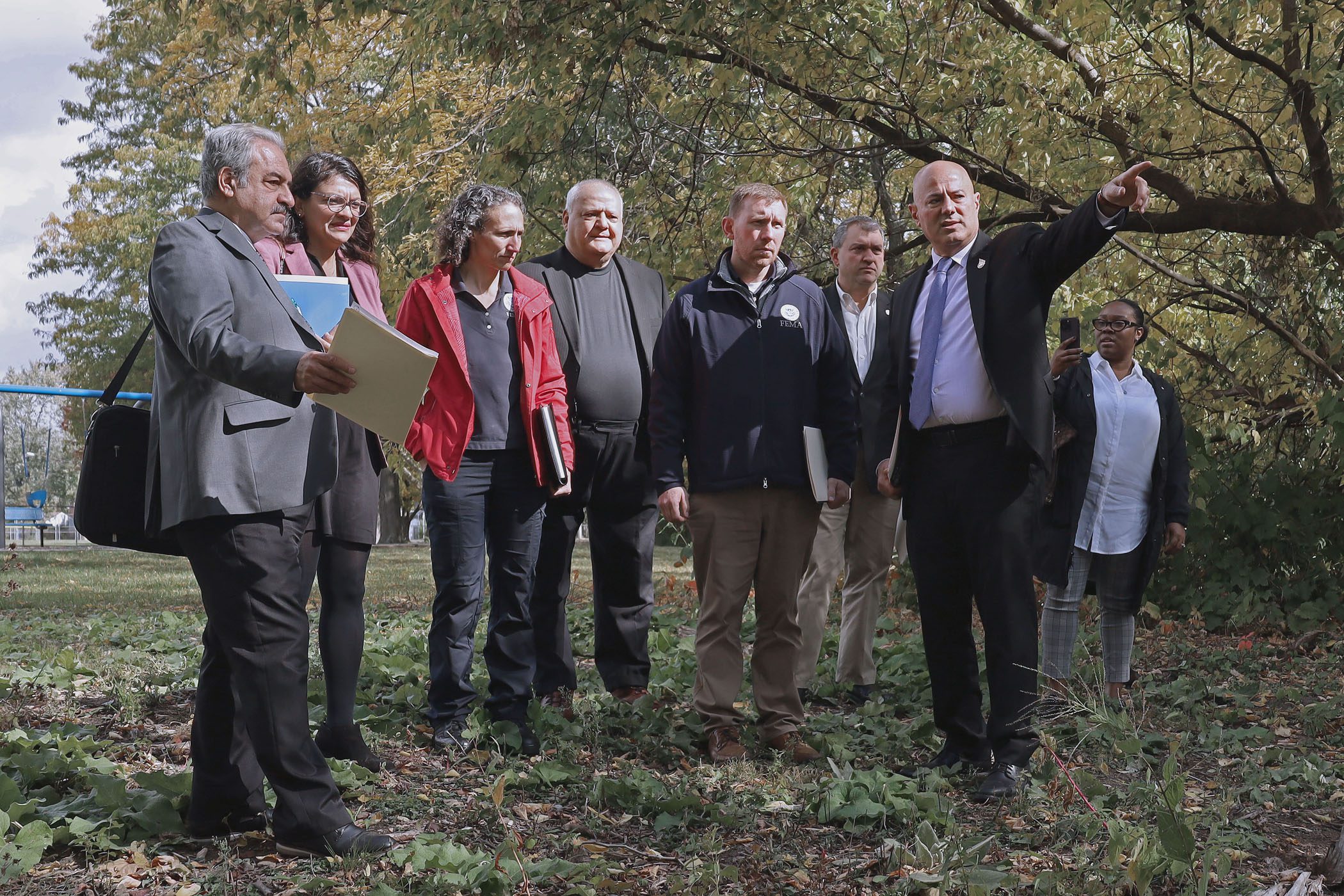 While Dib said this is a vital step he is confident would greatly reduce the extent of the flooding issues, the task is estimated to cost $5 to $6 million and would require cooperative effort and approval between the city, the federal and Wayne County governments as the creek is owned by Wayne County.

“Implementation of this step will depend not just on this cooperation, but also the city’s success in attempting to secure federal funding — which we are actively pursuing with our federal and county counterparts,” Bazzi said. “But until the permissions and funding are finalized, we are limited in the number of mitigation steps we are able to take. We are grateful to our state and federal elected officials as well as our FEMA representatives for their continued support in securing a successful solution to this long-standing problem.”

The third step in the plan involves the creation of retention basins along the creek route up-stream of the city.

“Being able to divert and hold some of the storm water coming from the upstream communities would allow us to naturally release the water in a more controlled process — which will prevent overloading the channel in the most critical flood-prone areas,” Dib said. “Before this step is attempted, however, it is imperative that the downstream obstructions — both natural and man-made — are removed so the waters can flow as efficiently as possible. Successful implementation of the first two phases is a must.”

Bazzi said he understands the frustrations that residents and business owners have regarding the flooding problem.

“I want to assure them, however, that we are making progress toward a successful conclusion,” he said. “It is a long and complicated process and we are all paying the price of decades of neglect that took place before many of us assumed our roles with the city. We will get it done, but we need to check off the right steps to do it correctly.”