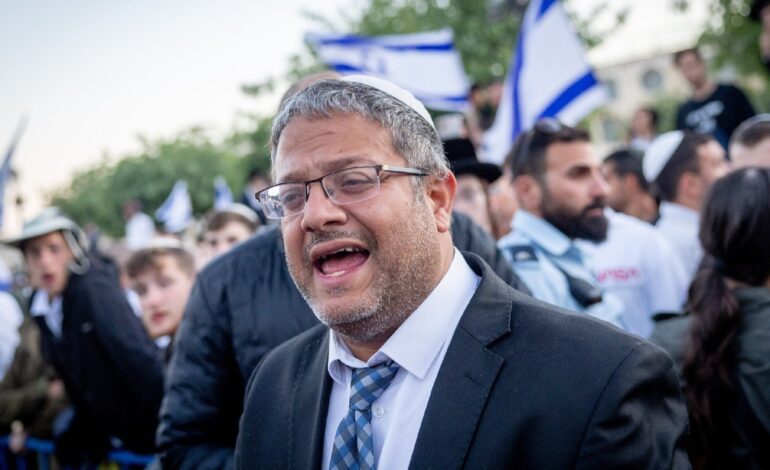 By his own count, ultranationalist provocateur Itamar Ben-Gvir has been charged with crimes more than 50 times and convicted in eight cases. - File photo

Even before the new Israeli government was officially sworn in on December 29, angry reactions began emerging, not only among Palestinians and other Middle Eastern governments, but also among Israel’s historic allies in the West.

As early as November 2, top U.S, officials conveyed to Axios that the Biden administration is “unlikely to engage with Jewish supremacist politician Itamar Ben-Gvir.”

In fact, the U.S. government’s apprehensions surpassed Ben-Gvir, who was convicted by Israel’s own court in 2007 for supporting a terrorist organization and inciting racism.

However, these strong concerns seemed absent from the congratulatory statement by the U.S. Ambassador to Israel, Tom Nides, on the following day. Nides relayed that he had “congratulated (Netanyahu) on his victory and told him that I look forward to working together to maintain the unbreakable bond” between the two countries.

In other words, this “unbreakable bond” is stronger than any public U.S. concern regarding terrorism, extremism, fascism and criminal activities. 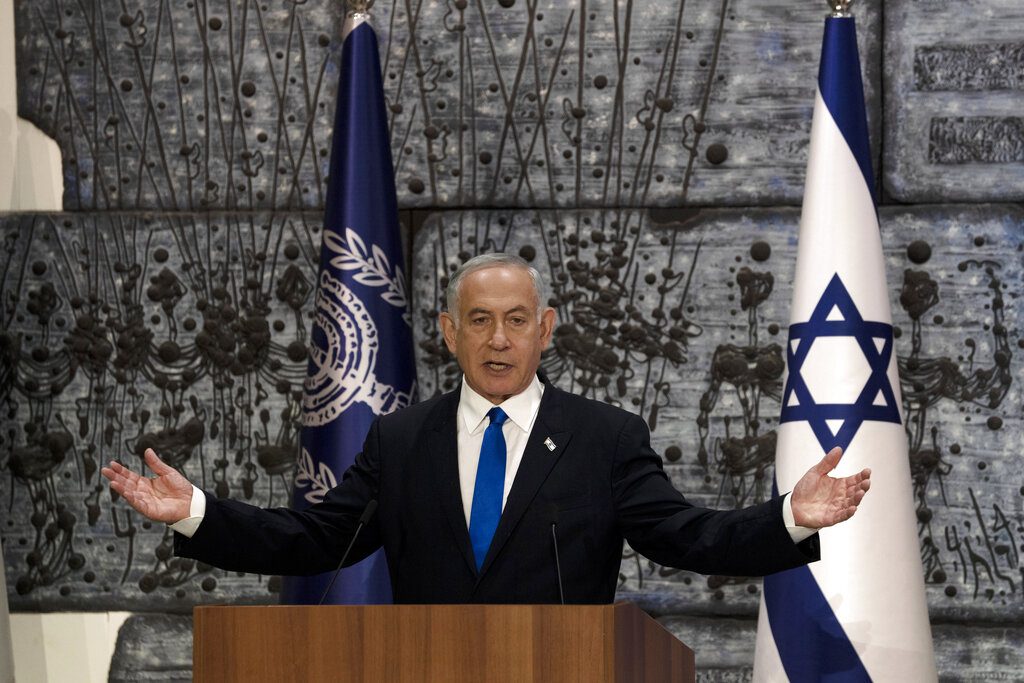 In March 2019, Politico branded Netanyahu as the creator of “the most right-wing government in Israeli history.”

Ben-Gvir is not the only convicted criminal in Netanyahu’s government. Aryeh Deri, the leader of the ultra-Orthodox Shas party, was convicted of tax fraud in early 2022 and, in 2000, he served a prison sentence for accepting bribes when he held the position of interior minister.

Bezalel Smotrich is another controversial character, whose anti-Palestinian racism has dominated his political persona for many years.

Palestinians and Arab countries are rightly angry, because they understand that the new government is likely to sow more violence and chaos.

With many of Israel’s sinister politicians in one place, Arabs know that Israel’s illegal annexation of parts of the Occupied Palestinian Territories is back on the agenda; and that incitement against Palestinians in Occupied East Jerusalem, coupled with raids of the Al-Aqsa Mosque, will exponentially increase in the coming weeks and months. And, expectedly, the push for the construction and expansion of illegal settlements is likely to grow, as well.

These are not unfounded fears. Aside from the very racist and violent statements and actions by Netanyahu and his allies in recent years, the new government has already declared that the Jewish people have “exclusive and inalienable rights to all parts of the Land of Israel”, promising to expand settlements, while distancing itself from any commitments to establishing a Palestinian State, or even engaging in any “peace process.”

But while Palestinians and their Arab allies have been largely consistent in recognizing extremism in the various Israeli governments, what excuse do the U.S. and the West have in failing to recognize that the latest Netanyahu-led government is the most rational outcome of blindly supporting Israel throughout the years?

In March 2019, Politico branded Netanyahu as the creator of “the most right-wing government in Israeli history”, a sentiment that was repeated countless times in other Western media outlets.

This ideological shift was, in fact, recognized by Israel’s own media, years earlier. In May 2016, the popular Israeli newspaper Maariv described the Israeli government at the time as the “most right-wing and extremist” in the country’s history. This was, in part, due to the fact that far-right politician Avigdor Lieberman was assigned the role of the defense minister.

The West, then, too, showed concern, warned against the demise of Israel’s supposed liberal democracy and demanded that Israel must remain committed to the peace process and the two-state solution. None of that actualized. Instead, the terrifying figures of that government were rebranded as merely conservatives, centrists or even liberals in the following years.

With many of Israel’s sinister politicians in one place, Arabs know that Israel’s illegal annexation of parts of the Occupied Palestinian Territories is back on the agenda; and that incitement against Palestinians in Occupied East Jerusalem, coupled with raids of the Al-Aqsa Mosque, will exponentially increase in the coming weeks and months.

The same is likely to happen now. In fact, signs of the U.S.’ willingness to accommodate whatever extremist politics Israel produces are already on display. In his statement, on December 30, welcoming the new Israeli government, Biden said nothing about the threat of Tel Aviv’s far-right politics to the Middle East region but, rather, the “challenges and threats” posed by the region to Israel. In other words, Ben-Gvir or no Ben-Gvir, unconditional support for Israel by the U.S. will remain intact.

If history is a lesson, future violence and incitement in Palestine will also be blamed mostly, if not squarely, on Palestinians. This knee-jerk, pro-Israeli attitude has defined Israel’s relationship with the U.S., regardless of whether Israeli governments are led by extremists or supposed liberals. No matter, Israel somehow maintained its false status as “the only democracy in the Middle East.”

Yet, Western officials, commentators and even pro-Israel Jewish leaders and organizations in the U.S. are now warning against the supposed danger facing Israel’s liberal democracy in the run-up to the formation of Netanyahu’s new government.

This is an indirect, if not clever form of whitewashing, as these views accept that what Israel has practiced since its founding in 1948, until today, was a form of real democracy; and that Israel remained a democracy even after the passing of the controversial Nation-State Law, which defines Israel as a Jewish state, completely disregarding the rights of the country’s non-Jewish citizens.

It is only a matter of time before Israel’s new extremist government is also whitewashed as another working proof that Israel can strike a balance between being Jewish and also democratic at the same time.

The same story was repeated in 2016, when warnings over the rise of far-right extremism in Israel — following the Netanyahu-Lieberman pact — quickly disappeared, and eventually vanished. Instead of boycotting the new unity government, the U.S. government finalized, in September 2016, its largest military aid package to Israel, amounting to $38 billion.

In truth, Israel has not changed much, either in its own self-definition or in its treatment of Palestinians. Failing to understand this is tantamount to tacit approval of Israel’s racist, violent and colonial policies in Occupied Palestine over the course of 75 years.

— Dr. Ramzy Baroud is a journalist, author and the editor of The Palestine Chronicle

Lions’ Den is not a fleeting phenomenon: On Palestine’s looming armed revolt