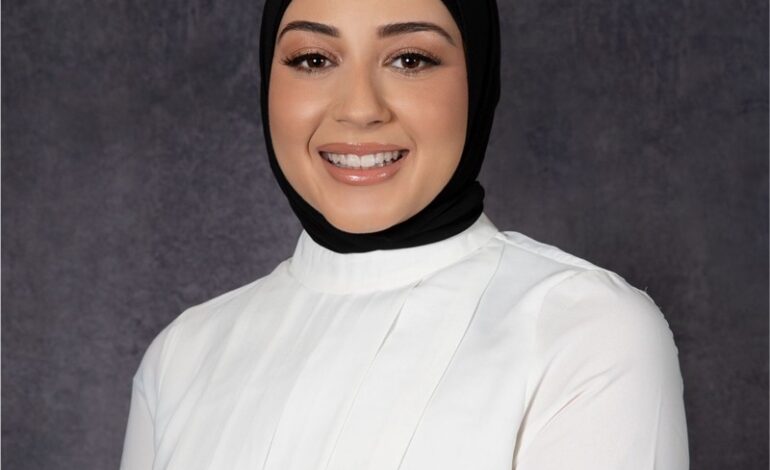 The city of Dearborn announced Amanda Atwy has been hired as a city prosecutor. Photo: Amanda Atwy's LinkedIn page

DEARBORN — Attorney Amanda Atwy has been hired as one of the prosecutors for the city of Dearborn.

She attended Cooley Law School and started working for Dearborn’s legal department as a law clerk in her second year of law school. She also completed her required externship in law school at the 19th District Court. There she worked under and shadowed the city’s prosecutors at the time, Ola Hammoud and Jeremy Brown. Hammoud is still a prosecutor alongside Atwy.

Atwy and Hammoud are both Muslim Arab Americans and the current prosecutors serving in the city.

Atwy said she hoped to one day work as an attorney for Dearborn upon finishing law school and luckily a city prosecutor position became vacant upon passing her bar exam, allowing her to apply for the job.

Her initial goal, she said, was to practice criminal defense, but while shadowing the city’s prosecutors, she said she learned the importance of “prosecutors who are both empathetic and compassionate towards the people of this community.”

“My role includes reviewing cases and to offer pleas for traffic violations, civil citations and misdemeanor charges, as well as drafting motions, complaints and responses, conducting trials and formal hearings and arguing oral motions, as well as an array of other duties,” Atwy said.

Along with her required duties as a prosecutor, she said she hopes to improve the city by strengthening the relationship between the residents of Dearborn and the prosecutors and court. She also said reckless driving in the city is an area she aims to tackle with enforced stern punishments.

She said she is grateful for having been hired to the position as well as being able to work in the community in which she was raised.

“I am able to work in the community I grew up in with leaders I look up to,” she said. “I am not only working for the greatest community with (the) greatest employers, but I am also learning from the best. I am also setting an example and making my family very proud. To me, there is nothing that is more important.”