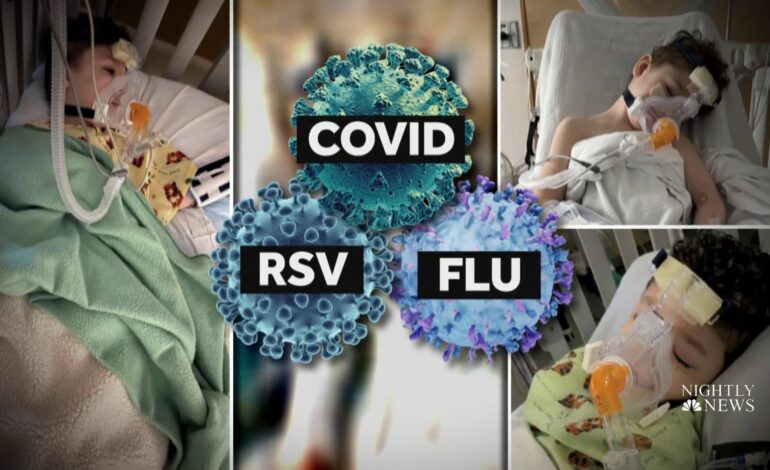 SOUTHFIELD – With COVID, flu and RSV creating what many are calling a tripledemic, new research is shedding light on the effect the different COVID-19 variants have had on the youngest of patients throughout the pandemic and the role co-infections have played on pediatric outcomes.

Results of the 18-month study, published in Lancet Regional Health – Americas and led by Amit Bahl, M.D., M.P.H., emergency medicine with Corewell Health East, formerly Beaumont Health, showed that while omicron cases had the highest hospital admission rates among children ages 0 to 17, serious, even deadly, cases of illness were less likely during omicron than during the delta and alpha variants. In fact, the odds of severe disease were 65 percent lower during omicron compared to alpha.

However, if other respiratory viruses such as the flu or RSV were involved with any of the variants, severe outcomes more than doubled, with infants and toddlers being at a significantly higher risk.

“Younger kids who were infected with multiple viruses at the same time demonstrated a significantly higher need for oxygen therapy and ICU-level care,” Dr. Bahl said. “More than 45 percent needed this type of care compared to just 22 percent of the patients who were sick with one virus. Given the higher-than-normal spread of RSV and influenza this year, it is especially important for providers to recognize this increased risk when they are treating patients.”

The study also showed that co-infection was most common during the delta variant with almost 17 percent of pediatric cases having more than one virus, followed by omicron at 12.5 percent and alpha at just over 5 percent. The data was gathered from three timeframes: alpha — January through June 2021; delta — July through December 2021 and omicron — January to June 16, 2022.

“The idea for this study began about one year ago while we were working on a project that looked at the effectiveness of the COVID booster vaccinations in adults,” Mielke said. “We felt that it was important to build on our previous investigation and report on COVID-19 outcomes in pediatrics given the general lack of research in this population.”

According to Mielke, one surprising result of the study was while severe outcomes increased significantly in co-infection cases, overall deaths remained relatively low among younger patients.

“I was pleasantly surprised at the low rate of mechanical ventilation and in-hospital mortality among this population, especially compared to our previous study on adults,” he said. “The risk of severe illness and death remains significant for adults, and with how fast viral illnesses spread from children to adults, vaccinating the pediatric population is very important regardless of their baseline risk of severe illness.”

Bahl indicated that even though vaccines for children ages 5 to 11 became available near the tail end of the Delta-predominant period, there still was no vaccine for children under 5-years-old so the true impact of vaccination among the younger age groups was difficult to show during the study period. However, he said some data was collected representing the adolescent age group.

“When isolating adolescents who had access to vaccination earlier than the other age groups, it is clear that proportionately there were fewer ED encounters, hospitalizations and severe outcomes in this older age group over the course of the pandemic,” Bahl said.

According to Bahl, the biggest takeaway for parents is remembering to take preventative measures when it comes to their children.

“Our ERs are full again with pediatric patients suffering from respiratory illnesses,” he said. “The COVID vaccines are protective against severe outcomes and with these co-infections rampant, the more protection our kids have, the better for them and the rest of the population.”