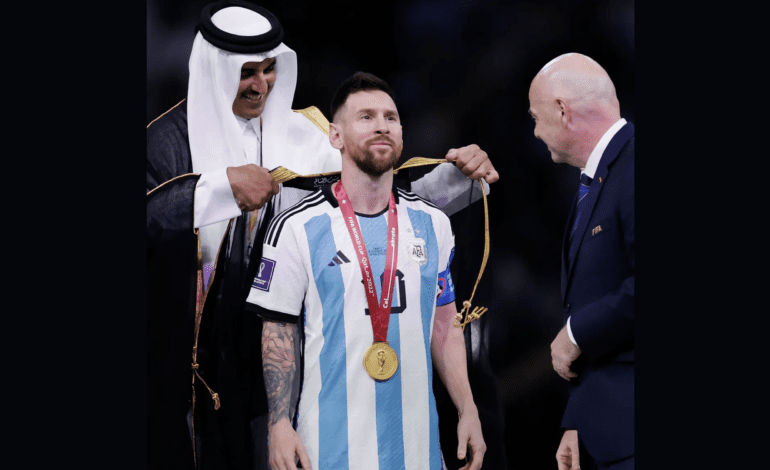 The pyrotechnics have finally settled in Doha on what was a truly sensational and hard fought 2022 World Cup, the stadiums no longer emanating the joyous cheers from audiences who for weeks remained at the edges of their seats, taking in upset after upset — and in the place of pyrotechnics, today Qatar revels in the fireworks, in the air and on its streets, symbolizing the dawn of a new year and, contrary to once-popular belief, new opportunities to come.

When it was initially announced that the Middle Eastern nation would play home to the beautiful game, controversy swirled, with a campaign of doubt by myriad detractors building tempo and support up to the opening ceremonies themselves.

And then, it (largely) stopped. What remained was a historic event, succeeding in its mission to disrupt preconceived notions of life under the Gulf Cooperation Council (GCC); making real the potential for Qatar to hold a sports and entertainment venue celebrated the world over, and of the Middle East’s ascendance to a geo-commercial power and one taking its rightful place in the sports, arts and culture echelon as a playing bloc; this was established in 2023 and will live in perpetuity far beyond.

Let’s look at the numbers — The first games ever held in a majority-Muslim country garnered more than 3 million in-person fans, this despite the sensationalism that initially surrounded hosting an outdoor venue in the sweltering Middle East, even in its winter. It was, in fact, the highest attended World Cup in history and, in doing so, brought nearly 1.5 million fans from across the globe to Qatar; this, despite the nation’s religious policies towards alcohol (unsurprising then, that the games were enjoyed without violence or hooliganism).

Culturally, who would have figured at the beginning of 2022 that global inclusivity would be on full display in, of all places, an Arab nation? That the World Cup in Doha would be the first to host female referees, or that African countries with majority African coaches would go on to upset even Belgium and Spain, a precedent so great that the Confederation of African Football (CAF) stated that the games in Doha “…represent a giant step towards the development of African football.”

Bringing in nearly $20 billion to the Qatari economy, setting the stage for not only Doha but numerous fellow GCC members to host the games in future, it is unsurprising that FIFA president Gianni Infantino proclaimed that the Qatar 2022 World Cup to be an “…incredible success on all fronts.”

But 2022 is over and the games, in the eyes of Western media, are long behind us. So, where do we go from here?

For one, society needs to be thoughtful and show greater patience when a future emerging market is bestowed the opportunity to reshape their country and the lives of their citizenry by way of a major sporting or entertainment venue. While there will always be controversy, grievances can be aired, debates can be held and reforms can be made on the backdrop of such a force multiplier, or so Doha has showcased.

Take the ending of “kafala”, a labor regulation system that previously allocated to private citizens and companies far too much control over migrant workers’ employment and immigration status. That’s just one example.

Today, in Saudi Arabia, Christiano Ronoldo and his partner are happily living together, in spite of the Kingdom’s strict laws which have prevented unmarried couples from cohabiting, historically. I’d contend that such policies may be rolled back in the years to come in Saudi for all its citizens and elsewhere, and that this would not have been as possible a turn of events, were it not for the World Cup that preceded Christiano’s arrival to the Middle East.

The tide of tolerance has decidedly turned in Qatar’s favor — This was likely not the return on investment its Organizing Committee initially envisioned, but hosts the potential to foster greater understanding, trade and partnerships between East and West in future, previously unheard of – All due to sports diplomacy emanating from the desert.

I once said that if Qatar succeeded or failed at the World Cup, it would do so publicly.

And so it has succeeded; and the response to its success, the potential we all realize in the GCC hosting venues in future, with the promise of brokering even greater societal change, breaking down biases and antiquated condemnations makes for a very promising 2023 indeed.

These are the world’s most powerful passports, and the least, to hold in 2023