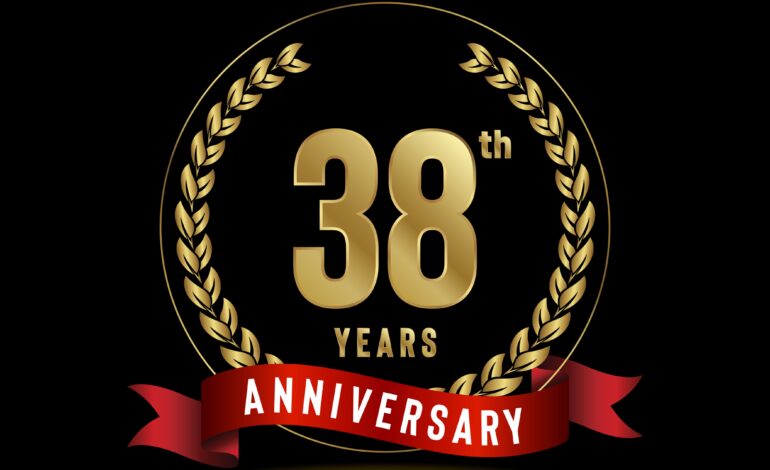 As we quietly marked the 38th anniversary of our establishment on Wednesday,  September 7, 2022, we can’t help but reflect on the challenges we’ve faced, the advancement we’ve achieved and the issues we’ve reported on and overcome together as a community.

Running a media publication has always been difficult, challenging and complex, especially in ethnic communities. But discrimination, stereotypes and lack of representation that the Arab American community faced for the past several decades left no other choice but to have a voice of its own.

Throughout our 38 years of existence, we at The Arab American News have been carrying the load, standing on guard to fight for the common causes of our diverse community.

Doing so has often required us making tough decisions and taking difficult stances. We were always driven by the interest of the Arab American community, which continues to be our focus and objective regardless of the obstacles that we have faced and most likely will continue to tackle in the future.

When the opioid epidemic became an issue in our community that hit too close to home, we were the first to break the taboo, bringing the issue to center stage so it could finally be discussed and addressed openly.

Recently, we published an article in both Arabic and English that chronicled the struggle of a young man in our community with addiction and recovery, kicking the door wide open for the discussion on this taboo killer among our youth.

When mental health became a pervasive problem too important to ignore, we brought it into the light for discussion, despite the seemingly impenetrable stigma surrounding it.

And when our community needed a voice, ours was the loudest, clearest and the bravest for 38 years and counting. We supported candidates from our community and those who are supportive of our causes, nurturing our community’s movement grown straight from the grassroots into a political powerhouse capable of defending our interests at the local, state and national levels against the most heartless bullies.

In 2018, one of our brightest was appointed by Attorney General Dana Nessel to be the Michigan solicitor general. Fadwa Hammoud was the first Arab American to hold such an esteemed position.

In a recent development that adds more success to success, Assad Turfe was appointed Wayne County deputy executive, which is the second in command after Wayne County Executive Warren C. Evans. Before that, Mike Jaafar was named the undersheriff of Wayne County.

A week ago, DTE Energy picked Arab American Khalil Rahal to be its economic development director, one of the top jobs in the giant corporation.

In this past primary election, U.S. Rep. Rashida Tlaib was victorious in spite of millions of dollars allocated by the pro-Israel lobby and right-wing conservatives to unseat her. She will be heading back to the U.S. Congress for her third term.

Alabas Farhat and Abraham Aiyash won their primary races for state representatives in Dearborn and Hamtramck. They are most likely to win in the November general elections and head to Lansing.

The list of accomplishments is too many to be listed in one article; whether in the public, private sectors or in education, Arab Americans are shining and rising to serve.

Our community is on the move and the best is yet to come.

We’ve also been on the front lines of the most controversial world issues, providing a voice for the Palestinian cause and other oppressed communities, even when facing a tremendous backlash from the establishment and the power brokers.

We’ve exposed the devastating consequences that come with thinking we as a nation can force democracy on whole groups of people through deadly force, rather than supporting conditions for a true culture of democracy to grow organically.

And we’ve done it all while taking a stand for unity among our community at home and with our neighbors in the Metro Detroit and Michigan communities at large, denouncing sectarianism and radicalism while making sure that our community has a seat at the table and is treated with respect.

When we started this newspaper our goal was to tell your stories and to tell them truthfully. As we head into the 39th year of existence, we renew our pledge to stay true to our path and to the profession.

Despite the ups and downs, COVID 19 and economic difficulties, it’s been an incredible ride and we wouldn’t change it for a thing.