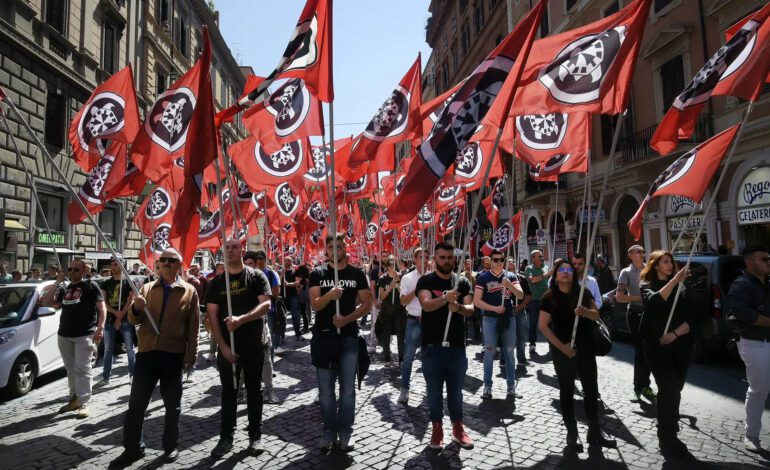 As soon as I landed in Rome, I discovered that I was no longer able to access any Russian media whatsoever. Unfortunately, threats by European Commission President Ursula von der Leyen that Europe should sever all links with “Russia’s propaganda machine” were taken seriously by the Italian government.

As a journalist, having access to only one side of the Russia-Ukraine war story was a major predicament. How is one to develop a rounded view of such a complex issue when only a one-sided narrative of the war is allowed to be propagated?

Of course, the problem is widespread, and has afflicted much of “democratic” Europe. The continent that has often justified its political and military interventions in the affairs of other parts of the world in the name of spreading democracy is failing to adhere to the most basic principle of democracy: Freedom of speech.

The discovery made me recall recent comments by prominent American intellectual Noam Chomsky, who told me in an interview that “this is a level of hysteria I have never seen even during the Second World War.”

Italy’s position, however, is particularly unique. Fascism first emerged here in 1921. A sinister alliance between Fascist and Nazi forces in 1936 forced Italy into an existential fight, leading to a most costly civil war. Alas, in some ways, Italy has not yet fully resolved its ideological dilemma despite the official defeat of the Fascists in 1945, and the subsequent execution of Benito Mussolini.

Like any other ideology, fascism is constantly redefined and reinterpreted. But core elements of fascist tendencies — the growing influence of corporations and oligarchs, media censorship, cracking down on dissent and the over-emphasis on militarism and nationalist symbols — remain unchanged.

There is much evidence that suggests that old-school fascism in Italy was never fully eradicated: The inception of the La Lega party in northern Italy in the 1980s and its quick rise to the centers of power in Rome, coupled with the return to corporatism, the ideological precursor to fascism, under Silvio Berlusconi’s government in 1994 and much more.

While hiking on a mountain in the Lazio region, I stumbled on a village where large posters of young Mussolini were being sold to tourists. Shockingly, at least at first, I realized that in some parts of Italy, the legacy of fascism continues to register as an emotionally loaded subject. Indeed, for some, it was the golden era of modern Italy.

Therefore, witnessing the horrific censorship underway in Italy and other European countries is most alarming. Though mainstream Italian politicians refuse to recognize that the government in Rome is adopting many of the fascist traits that defined the country a century ago, evidence suggests otherwise. 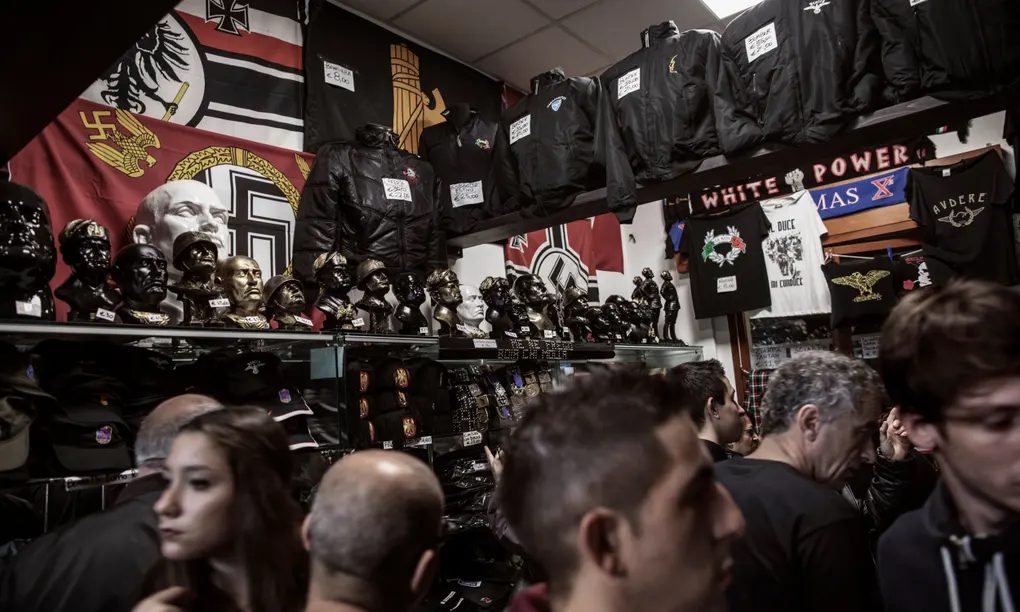 Like any other ideology, fascism is constantly redefined and reinterpreted. But core elements of fascist tendencies — the growing influence of corporations and oligarchs, media censorship, cracking down on dissent and the over-emphasis on militarism and nationalist symbols — remain unchanged.

Italy’s return to “corporatism” is not entirely unique, considering the political structural changes underway in other “liberal” Western societies. The uniqueness of the Italian model, however, cannot be delinked from the country’s own historical conflicts and current political dynamics.

Considering the role of socialist forces in Italy in defeating fascism in the first half of the 20th century, one is maybe surprised to learn that socialist political currents are least relevant in Italian politics, especially if we consider the degree of class inequality and poverty in much of the country. Italy’s sindacati confederati (Trade Unions Confederation), which is, at least in theory, meant to wage a “class struggle” for equal rights, has itself embraced the existing corporate model, thus becoming, in the words of former Italian politician Gianfranco Borghini, the “weak link of the economic system.”

Those who dare operate outside the space allocated to the sindacati confederati, thus engaging in their own version of class struggle, are exposed to the danger of government retaliation. On July 19, for example, national leaders of the SI COBAS union, Mohammed Arafat, Carlo Pallavicini and Bruno Scagnelli, were arrested and charged with “conspiracy to commit private violence, resistance to public officials, sabotage and interruption of public service.”

While politicians are often ready to exploit any event to rise or remain in power, Europe must tread carefully by reflecting on its past, namely the fact that extreme nationalism and populism are likely to lead to something truly sinister and potentially destructive.

Rome’s politicians do not hesitate to betray the spirit of Italy’s anti-fascist Constitution — one of the most progressive anywhere in the world — which plainly states that “Italy rejects war.” Hundreds of millions of dollars have been sent or pledged by Rome in support of Ukraine in its war with Russia.

Italian politicians, now ready for yet another general election scheduled for September 25, are heavily invested in the anti-Russian war rhetoric, thus keen on presenting themselves as the saviors of Italy. Desperate for votes, Italy’s current Foreign Minister Luigi Di Maio has recently denounced an alleged attempt from Moscow to interfere in Italian elections. He accused his rivals of “being silent” on the supposed Russian meddling, a language that is reminiscent of years of haggling among U.S. politicians.

Italy is not the exception. Other European countries are following suit in terms of nationalist rhetoric and growing militarism, with Germany, in particular, set to have the largest European military.

All of this is feeding into pre-existing populist and racist phenomena, which, prior to the war, were dedicated largely to the targeting of refugees and immigrants.

While politicians are often ready to exploit any event to rise or remain in power, Europe must tread carefully by reflecting on its past, namely the fact that extreme nationalism and populism are likely to lead to something truly sinister and potentially destructive. In many ways, World War II was an outcome of a similar reality.