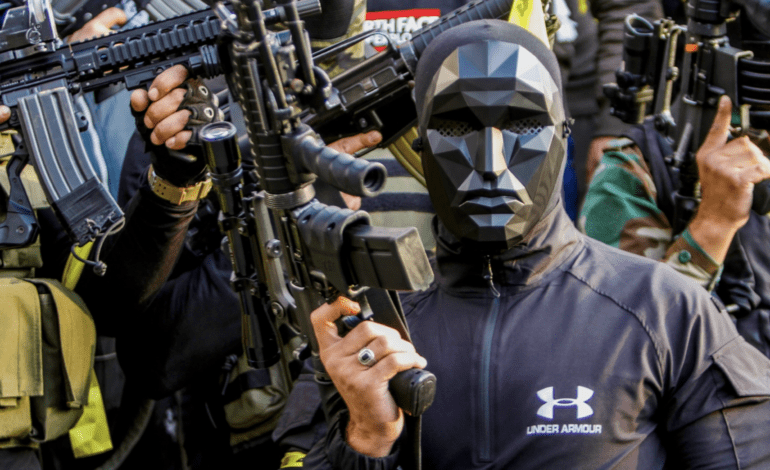 Just when Israel, and even some Palestinians, began talking about the Lions’ Den phenomenon in the past tense, a large number of fighters belonging to the newly-formed Palestinian group marched in the city of Nablus.

Unlike the group’s first appearance on September 2, the number of fighters who took part in the rally in the Old City of Nablus on December 9 was significantly larger, better equipped, with unified military fatigues and greater security precautions.

“The Den belongs to all of Palestine and believes in the unity of blood, struggle and rifles”, a reference to the kind of collective Resistance that surpasses factional interests.

Needless to say, the event was significant. Only two months ago, Israeli Defense Minister Benny Gantz undermined the group in terms of number and influence, estimating their number to be “of some 30 members”, pledging to “get our hands on them (…) and eliminate them.”

The Palestinian Authority was also actively involved in suppressing the group, although using a different approach. Palestinian and Arab media spoke about generous PA offers to Lions’ Den fighters of jobs and money, should they agree to drop their weapons.

Both the Israeli and Palestinian leaderships have greatly misread the situation. They have wrongly assumed that the Nablus-born movement is a regional and provisional phenomenon that, like others in the past, can easily be crushed or bought.

Unlike the group’s first appearance on September 2, the number of fighters who took part in the rally in the Old City of Nablus on December 9 was significantly larger, better equipped, with unified military fatigues and greater security precautions.

The Lions’ Den, however, seems to have increased in numbers, and has already branched out to Jenin, Al-Khalil (Hebron), Balata and elsewhere.

For Israel, but also for some Palestinians, the Lions’ Den is an unprecedented problem, the consequences of which threaten to change the political dynamics in the Occupied West Bank entirely.

As Lions’ Den insignias are now appearing in every Palestinian neighborhood throughout the Occupied Territories, the group has succeeded in branching out from a specific Nablus neighborhood — Al Qasaba — to become a collective Palestinian experience.

A recent survey conducted by the Palestinian Center for Policy and Survey Research (PCPSR) demonstrated the above claim in an unmistakable way.

The PCPSR public poll showed that 72 percent of all Palestinians support the creation of more such armed groups in the West Bank. Nearly 60 percent feared that an armed rebellion risks a direct confrontation with the PA. A whopping 79 percent and 87 percent respectively refuse the surrender of the fighters to PA forces and reject the very idea that the PA has the right to even carry out such arrests.

Such numbers attest to the reality on the street, pointing to the near complete lack of trust in the PA and the belief that only armed Resistance, similar to that in Gaza, is capable of challenging the Israeli Occupation.

These notions are driven by empirical evidence: Lead among them is the failure of the financially and politically corrupt PA in advancing Palestinian aspirations in any way; Israel’s complete disinterest in any form of peace negotiations; the growing far-right fascist trend in Israeli society, which is directly linked to the daily violence meted out against Palestinians in Occupied East Jerusalem and the West Bank.

These numbers are likely to increase during the new term of incoming right-wing Israeli Prime Minister Benjamin Netanyahu. The new government can only remain in power with the support of Bezalel Smotrich from the Religious Zionism Party and Itamar Ben-Gvir from the Otzma Yehudit Party. Ben-Gvir, a notorious extremist politician is, ironically though not surprisingly, slated to become Israel’s new security minister.

But there is more to the brewing armed rebellion in the West Bank than Israeli violence alone.

Nearly three decades after the signing of the Oslo Accords, Palestinians have achieved none of their basic political or legal rights. To the contrary, emboldened right-wing politicians in Israel are now speaking of unilateral “soft annexation” of large parts of the West Bank. None of the issues deemed important in 1993 — the status of Occupied Jerusalem, refugees, borders, water, etc. — are even on the agenda today. 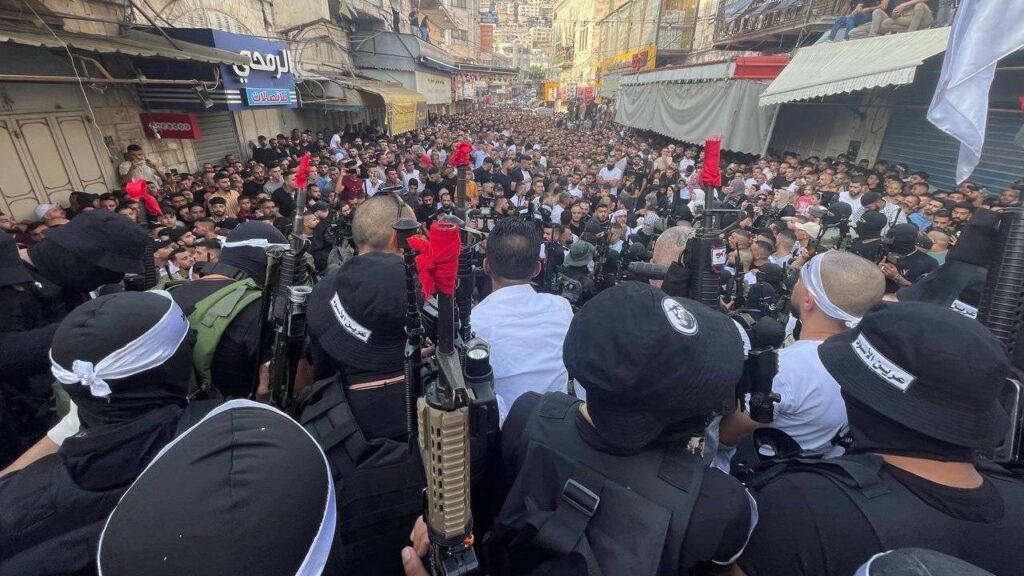 As Lions’ Den insignias are now appearing in every Palestinian neighborhood throughout the Occupied Territories, the group has succeeded in branching out from a specific Nablus neighborhood – Al Qasaba – to become a collective Palestinian experience.

Since then, Israel has invested more in racial laws and apartheid policies, making it an apartheid regime, par excellence. Major international human rights groups have accepted and reported on the new, fully racist identity of Israel.

With total U.S. backing and no international pressure on Israel that is worthy of mention, Palestinian society is mobilizing beyond the traditional channels of the past three decades. Despite the admirable work of some Palestinian NGOs, the “NGO-ization” of Palestinian society, operating on funds largely obtained from Israel’s very Western backers, has further accentuated class division among Palestinians. With Ramallah and a few other urban centers serving as headquarters of the PA and a massive list of NGOs, Jenin, Nablus and their adjacent refugee camps have subsisted in economic marginalization,  Israeli violence and political neglect.

Disenchanted by the PA’s failed political model, and growingly impressed by the armed Resistance in Gaza, an armed rebellion in the West Bank is simply a matter of time.

What differentiates the early signs of a mass armed Intifada in the West Bank from the “Jerusalem Intifada”, also termed the “Knives Intifada” of 2015, is that the latter was a series of disorganized individual acts carried out by oppressed West Bank youth, while the former is a well-organized, grassroots phenomenon with a unique political discourse that appeals to the majority of Palestinian society.

And, unlike the armed Second Palestinian Intifada (2000-2005), the ensuing armed rebellion is rooted in a popular base, not in the PA security forces.

The closest historical reference to this phenomenon is the 1936-39 Palestinian Revolt, led by thousands of Palestinian fellahin — peasants — in the Palestine countryside. The last year of that rebellion witnessed a large split between the fellahin leadership and the urban-based political parties.

History is repeating itself. And, like the 1936 Revolt, the future of Palestine and the Palestinian Resistance — in fact, the very social fabric of Palestinian society — is on the line.