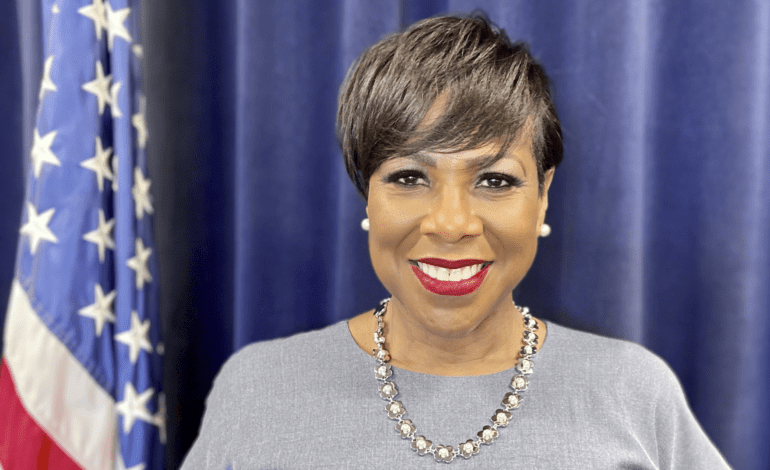 U.S. Attorney Dawn Ison – Photo a courtesy of the U.S. Department of Justice

DETROIT — Dawn Ison, nominated by President Biden to serve as U.S. Attorney for the Eastern District of Michigan, says she knows the value of community engagement.

The Detroit native is the first African American woman to serve in the position. Her office currently employs approximately 221 persons in three locations — Detroit, Flint and Bay City — and serves more than 6.5 million residents.

Ison’s work has been nationally recognized on several occasions by the Department of Justice and more recently by the U.S. Department of Homeland Security.

Justice, in my view, is doing the right thing at all times, during all stages, for all people equally. – U.S. Attorney Dawn Ison

She previously served as a criminal defense attorney for roughly 12 years and as an assistant U.S. Attorney for 19, during which she focused on public corruption and prosecuted drug trafficking cases.

Her work has also involved rooting out discrimination in policing, housing and employment, and reforming the approach to violent crimes.

“It is my great honor and privilege to serve as the U.S. Attorney for the Eastern District of Michigan, a richly diverse district that I’ve called home for a long time,” Ison told The Arab American News. “To have been a public servant my entire career, this serves at the pinnacle of my career. To be in this position, to have such a significant impact, in my view, what I hope is my legacy, is empowering communities in this district.”

Ison said her work as a criminal defense attorney for 12 years meant she was a public servant, representing indigent clients. 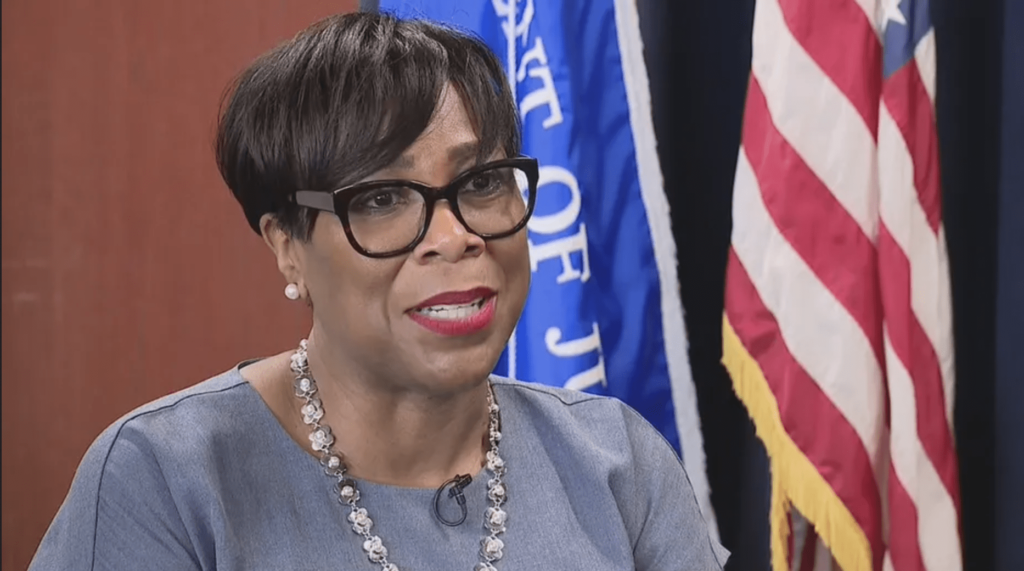 U.S. Attorney Dawn Ison – Photo a courtesy of the U.S. Department of Justice

“I have tried all types of cases on both sides of the aisle. I’m often asked which side I like better and I say ‘neither’, because I recognize the important roles both sides play in the criminal justice system.”

Ison said she believes the community is made up of both the victim and the defendant, as well the community at large. Balancing the wide discretion prosecutors enjoy means advocating for a penalty that sufficiently accounts for the harm to the victim, while ensuring that it is not unduly harsh on a defendant.

“Justice, in my view, is doing the right thing at all times, during all stages, for all people equally,” she said.

“It is a priority of the U.S. attorney general and I wholeheartedly embrace that priority,” Ison said. “We have begun that work of building more trust with community outreach to let the community know that the U.S. Attorney’s Office is a resource and we will us the full power of the office to protect their civil liberties.”

Ison has been actively involved in dialogues as part of the BRIDGES (Building Respect in Diverse Groups to Enhance Sensitivity) initiative.

BRIDGES was established shortly after September 11, 2001 to facilitate these discussions through regular meetings to address pertinent issues and concerns of Arab and Muslim Americans.

Ison said travelers have real avenues to file complaints about unfair and discriminatory profiling when traveling.

“In terms of profiling, I am here to help, and I know a lot of people say they fear retaliation and they need not do that,” she said. “I need to know who the people are that are engaging in this (discriminatory) conduct so that I can confer with my law enforcement partners and let them know.  Anecdotal information is not helpful unless it is accurate and we can pinpoint who are the people causing the problems.”

The CBP has redress information available online by which travelers can file complaints. But Ison said that if travelers are afraid to contact the CBP, they can call her office directly.

“We have a civil rights hotline on our website, which you can use to tell us specifically what’s going on,” she said.

Ison said cataloging details about discriminatory incidents by travelers and then reporting those details is crucial for her office and other officials to understand the scope of the problem and how to best address it.

Muslims and Arabs at home and abroad have also found themselves on “watchlists” that restrict their travel, subject them to further screenings or outright stop them from entering the country.

Recent BRIDGES meetings have revealed that several agencies can place an individual on this list.

Though real change on the watchlist will likely be done at the legislative level, Ison and other officials say that those unduly affected can make a request with the DHS to get themselves removed.

Detroit FBI Assistant Special Agent in Charge Josh Hauxhurst has also been recently successful in removing some individuals who were wrongfully put on the list. The Bureau has also taken steps in clearing cases so that people don’t languish on the list for too long.

Ultimately, officials like Ison and U.S. Rep. Debbie Dingell (D-Ann Arbor) agree that amending or removing the watchlist process will have to be done through legislation in Congress.

Amanda Atwy hired as a prosecutor for the city of Dearborn